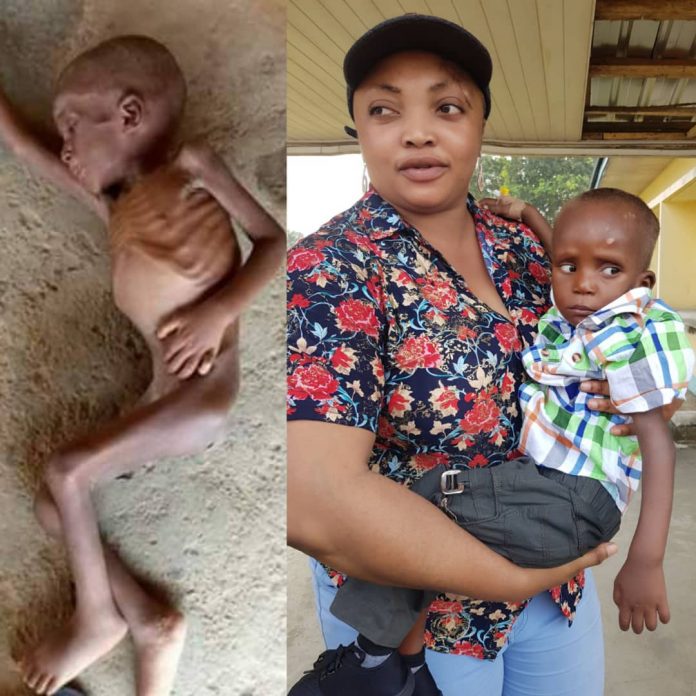 Wrenched from fearful jaws of death by Hon Peace Ntuk, the plight of Master Ubong Promise who was stigmatized as a witch and abandoned by his immediate family caught the attention of the Wife of the Governor of Akwa Ibom State, Her Excellency, Mrs Martha Udom Emmanuel who quickly dispatched #Team FEYReP on a rescue mission to Ikot abasi General Hospital were he was receiving treatment.

Master Ubong Promise who was Rescued by Hon. Peace Ntuk has been transferred from the General Hospital Ikot Abasi to UUTH for proper medical attention and rehabilitation by the wife of the Governor of Akwa Ibom State.

After months of malnutrition, with mercilessly maltreatment, Master Ubong Promise was recused my Hon Peace Ntuk supervisor for health Ikot Abasi LGA, from the wicked hands of the grand mother.

Photos of Master Ubong Promise Being Transformed within two days by Hon. @queenpeaceluv who rescue him from a wicked grand mother. 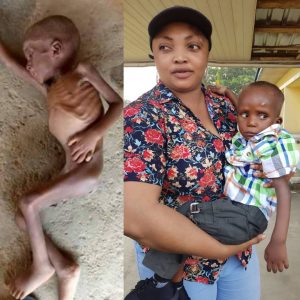 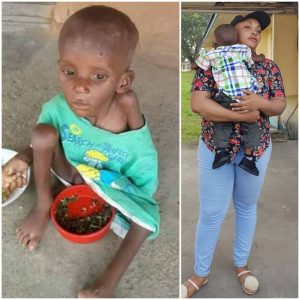