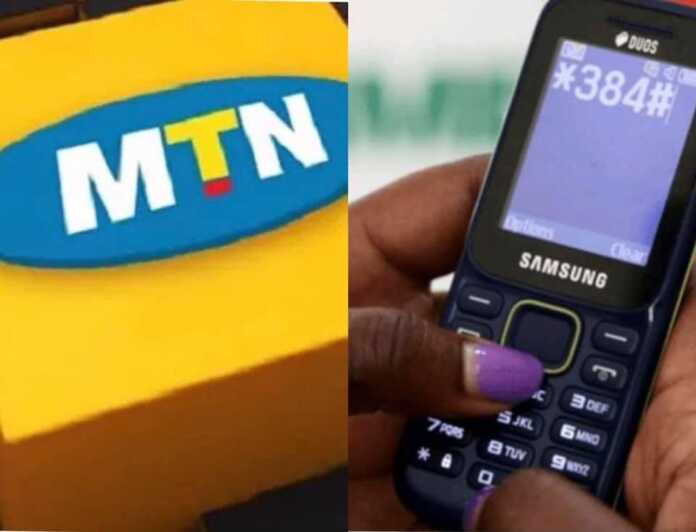 Banks in Nigeria have disconnected MTN from banking channels including Unstructured Supplementary Service Data (USSD) and banking apps due to disagreement over earnings.

Customers of Guaranty Trust Bank (GTB) and Access Bank confirmed this frustrating development to NAIJA LIVE TV that they have been unable to access the banks’ digital services.

MTN has over 77.34 million subscribers in Nigeria.

However, neither the banks nor the mobile telecommunication operator had explained to their customers the reason for the development, but MTN in a message to its subscribers earlier on Friday asked them to use physical cards to recharge their phone as its bank recharge channels were unavailable.

But an account manager at GTBank blamed customers’ inability to access the bank’s digital service on downtime when our reporters inquired on the matter.

But an insider in MTN told journalists the blockage was caused by a disagreement between the company and banks on USSD code commission.

He said the network had reduced commission paid to GTBank and other lenders from an average of 3.5 percent to 2.5 percent.

Although not all the banks received a reduction, but out of the lenders that were affected only Zenith Bank chose not to block MTN.

On why the commission for the USSD code was cut by MTN, the insider said the volume of usage influenced the reduction in commission.

He added that the banks cut off the MTN subscribers without prior notice to the network or its subscribers.

The source said: “The decision wasn’t pleasing to the financial institutions as they demanded the revert to the old commission, but the telco ignored.

“Please note that MTN didn’t cut off customers and has no hand in this. This is strictly the banks acting on their own.

“We woke up this morning to see that MTN customers were cut off from USSD services overnight. This has come as a surprise as there was no formal communication from the banks to their customers prior to their taking this action.”

“The banks wrote back to the aggregators to revert back to the old commission, otherwise, they would block MTN airtime in all their channels.

“The channels were blocked midnight leaving our customers stranded. Interestingly, the bank Managing Directors met and quickly took a decision. Subscribers to telecommunications are being denied services by the banks even when they have money in their accounts.”

He said the banks took the action to protect their profit and asked the government to intervene in the dispute.

“The government needs to step in and deal with this once and for all. Nigerian banks need to stop their tyrannical posture,” the source stated.