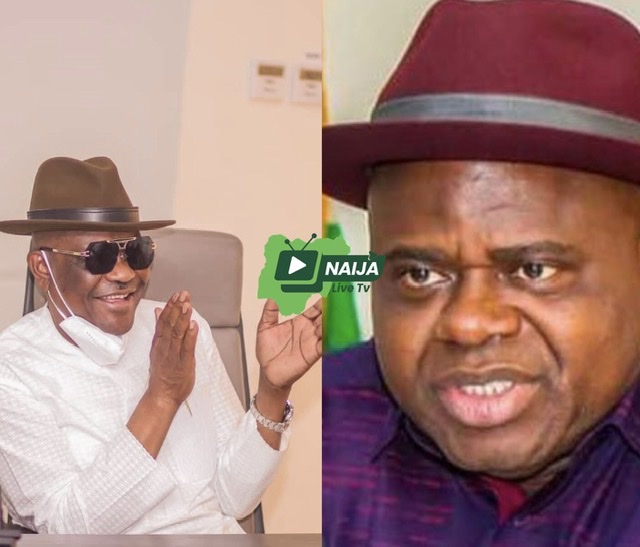 Bayelsa State Governor, Douye Diri, has warned operators of illegal refineries who are planning to relocate to the state as a result of the ongoing clampdown in neighbouring Rivers State to steer clear of Bayelsa.

According to him, the state cannot afford to also be polluted by soot as had been the situation in Rivers which was traced to illegal bunkering popularly called ‘kpo fire’.

Diri, who gave the warning when he received his Rivers State counterpart, Nyesom Wike, at the Government House in Yenagoa, lamented the impact of crude oil production activities by operators on the ecosystem.

He said it was unacceptable for people to destroy the environment while the international oil companies were continually blamed for the same reason.

The governor, therefore, warned operators escaping from Rivers to Bayelsa to go elsewhere as his administration had set up a standing committee to arrest and prosecute anyone caught in the illicit business.

He said, “Whatever that happens in Rivers State is transported down here (Bayelsa). We have intelligence that most of them (operators of illegal refineries) want to move to Bayelsa.

“I want to warn that Bayelsa will not condone any of those oil bunkering. Those days are over. We have moved on.

“Anyone who is planning to leave Rivers State to come and start that illicit, illegitimate, illegal business in Bayelsa State, please, have a change of mind and look elsewhere because we already have a standing committee on that from our state security council meeting and we will come down very hard on anyone that will do that illegal and illegitimate business in Bayelsa.”

My Husband Caught Me Cheating And He Did This...