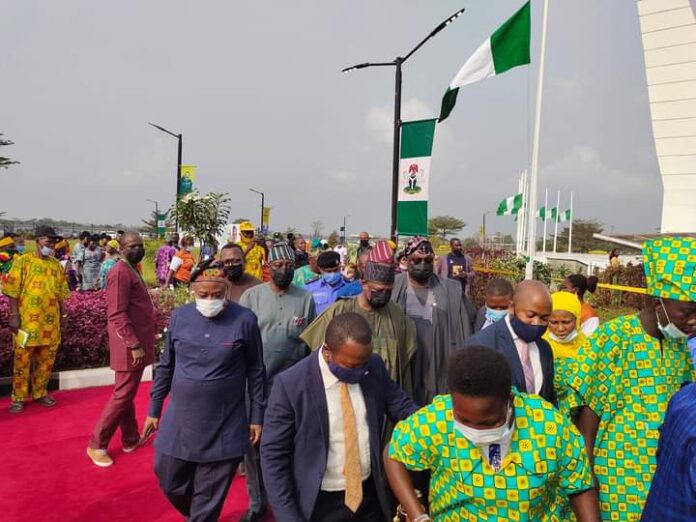 Despite the lingering crisis between him and the incumbent Governor of Ogun State, Dapo Abiodun, former Governor Ibikunle Amosun has joined his successor to welcome President Muhammadu Buhari to the state.

Buhari has arrived at the Gateway State to commission some projects executed by the Gov Abiodun administration.

As the state awaited the arrival of the President, Amosun surprisingly appeared at the venue with the Senator representing Ogun West, Tolu Odebiyi.

NAIJA LIVE TV reports that the duo of Amosun and Abiodun has been at loggerheads over the structure of the All Progressives Congress (APC) in the state.

On October 16, loyalists of the two old friends-turned-foes conducted parallel APC state congresses in the state.

A reconciliation committee was in Abeokuta, the state capital, on Friday to look into the rift between the two groups.

Meanwhile, Ogun residents have expressed optimism that Amosun’s presence at Abiodun’s projects commissioning may mark an end to the feud between both of them.