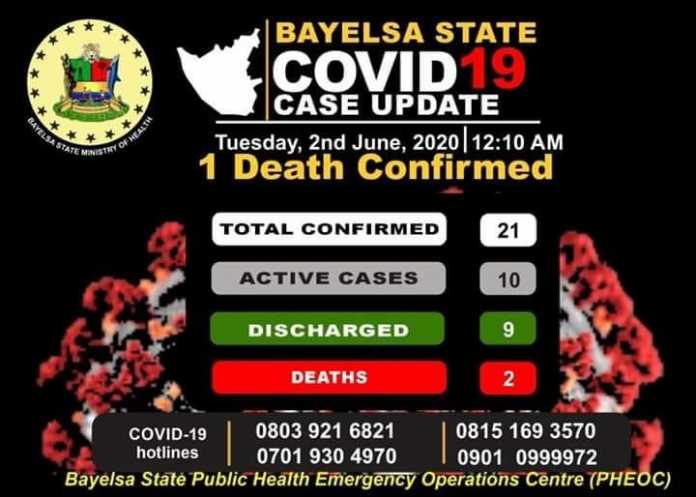 The Bayelsa State Government has announced the second covid -19 related death, bringing the total number of deaths in the state to two.

In a statement signed by the State Director of Public Health, Dr. Jones Stow, says the deceased was a middle- aged Bayelsan who was critically ill and was admitted to one of the public hospital just a week ago, with signs suggestive of kidney disease.

Dr. Stow said he was managed as such and had some sessions of dialysis, and that further clinical investigations revealed he also had signs suggestive of a possible covid- 19 infection.

Eight bandits, two others killed after attacks on Katsina...

Police To Sue Sahara Reporters Over ‘Misleading’ Report On...