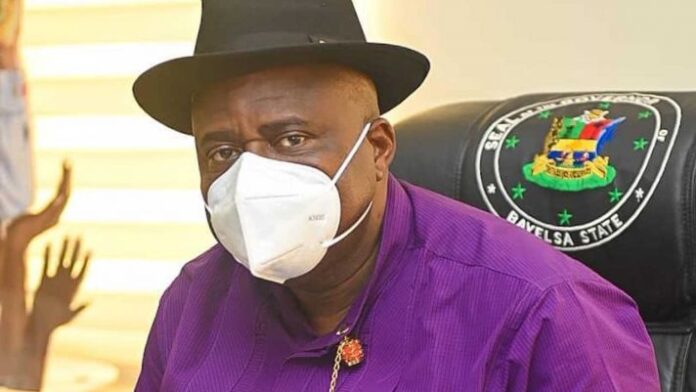 While inaugurating the Otuokpoti Community Vigilante, the Chairman of BSVS, Mr Doubiye Alagba, urged members of the group to assist in checking all forms of criminal activities ranging from robbery, cultism, drug abuse and kidnapping.

According to him, the government of Gov. Douye Diri is ready to continue supporting the security arm of government to sustain the existing peace and stability in the state, as well as creating an enabling environment for investments to thrive.

Alagba also urged other vigilante groups operating within the state yet to identify with the state vigilante service to do so, to enable them to have a robust partnership, synergy and support from the Bayelsa Vigilante Service.

Elated by the inauguration, the head of the newly inaugurated Otuokpoti Vigilante Group, Mr Donald Offor, thanked the state government for considering his community in its plans to ensuring peace and economic stability.
He said, “We are grateful to the governor of the state who thought it wise to create community-based security outfits across the state.

“We are aware that the state vigilante service has reduced crime in many parts of Bayelsa.

“So the people of Otuokpoti are grateful and willing to embrace the state vigilante because we have been struggling with insecurity in our area for over five years without support from anywhere.

“But today, as one of the biggest communities in our clan, the state government has come to recognise us. For this reason, we will put in our best.”

Also speaking, the Ogbia LGA Coordinator of BSVS, Mr Isaac Amakuro, urged members of the community to focus more on information gathering on criminal activities in order to curb crimes in the area.

“I am appealing to the members of the community to partner with the state government in its fight against criminality.”

Earlier, the Community Development Committee Chairman of Otuokpoti, Anthony Azibalua, while expressing his joy over the initiative, urged the state government to sustain its security partnership with the community.

He said, “While we are thankful, we don’t want this inauguration to end here. We should have all the contacts of all security outfits in case of a crisis.”