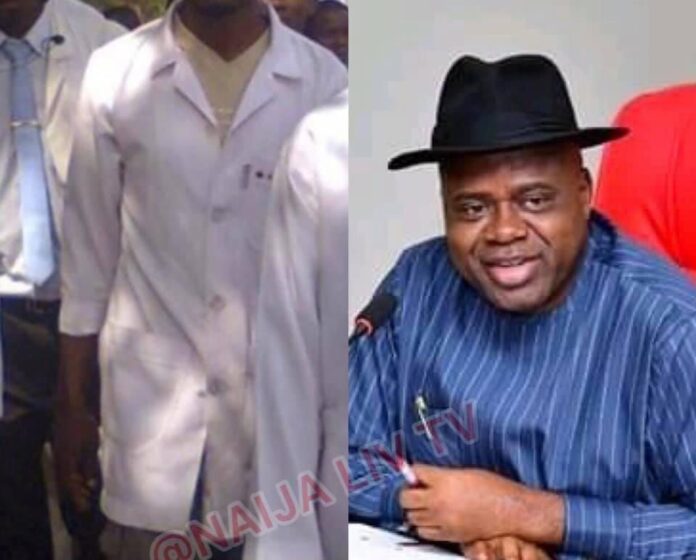 Resident doctors in two teaching hospitals in Bayelsa State on Tuesday complied with the directive of the National Association of Resident Doctors (NARD) to embark on a total, indefinite nationwide strike.

Dr Divine Irole, President of NARD at the Federal Medical Centre (FMC), Yenogoa, told the News Agency of Nigeria (NAN) that members of the association totally complied with the directives and are awaiting further instructions from the national leadership of the union.

NAN reports that NARD directed its members across the country to embark on a total strike from Monday.

The directive was issued on Saturday at the end of the executive meeting of the National Executive Council (NEC) of the union held in Umuahia, the Abia State capital.

Irole said:” We have withdrawn our services in compliance to a directive from the national leadership.

“Feedback from our monitoring team indicates that the compliance is 100 percent. We have downed tools and a few consultants are providing skeletal services.

“A lot of patients have already been discharged. The truth is that bulk of the work in the health sector is done predominantly by resident doctors.

”We do not see the action of the consultants as sabotage. They are not on strike”.

Similarly, Dr Oru-Oru Inetsol, President of NARD at the Niger Delta University Teaching Hospital (NDUTH) Yenagoa, said the consultants’ roles are not in conflict with the interest of resident doctors.