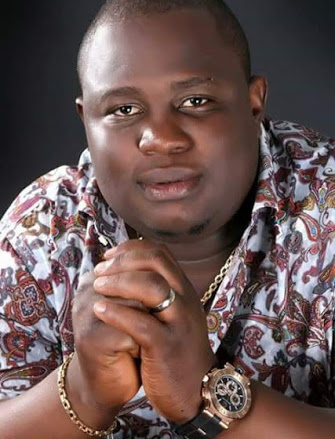 NAIJA LIVE TV gathered that he resigned his members of the Peoples Democratic Party, PDP, via a letter addressed to the PDP chairman in his ward.

Isaiah, while speaking to newsmen in Yenagoa on Sunday, expressed gratitude to his former party for allowing him to serve at the state and local government levels.

The Brass council helmsman revealed that he joined politics to attract development to his people and added that that a political party remains the platform through which one can wield the needed political power to actualize such desire.

The statement reads in full:

“Good afternoon ladies and gentlemen of the press, it gives me great pleasure to welcome you all to this press conference.

“On Friday, 8th July 2022, I officially resigned as a member of the Peoples Democratic Party (PDP) through a letter addressed to the party chairman in my ward.

“I remain grateful to my former party for giving me the platforms to serve our people at the state and local government levels. Indeed my political history will be incomplete without mentioning the PDP.

“Most of us are in politics to bring infrastructural development and other democratic dividends to our people, and a political party remains the platform through which one can wield the needed political power to actualize this desire.

“There is no doubt that this can only be possible if and when the party is united and guided by democratic principles and values, and has a leadership that gives all members a sense of belonging and hope for a better future.

“Disappointingly, this is no longer obtainable in the PDP especially in Bayelsa, as there is currently so much segregation among a large number of party members and stakeholders who fought hard for its present growth and acceptance.

“Based on my personal values, I can no longer remain in a party that is sharply divided and neglects die-hard members with no hope of solving the internal crisis, hence my decision to resign my membership.

“I and my supporters have already registered as members of the Social Democratic Party (SDP) and were warmly welcomed by the party leadership.

“The slogan of SDP is progress and from my findings, it is a stable national party that even precedes the two major political parties in the country. We believe that through this party we shall have the platforms to serve and bring development to our people.

“I most sincerely apologize to my mentor and the former Governor of Bayelsa State, H.E Senator Henry Seriake Dickson for leaving the party he used to mold me to be who I am today. I know very well that he will be very disappointed with my unexpected defection and I am deeply sorry for taking this hard decision.

“Despite leaving the PDP due to the lingering internal crisis and segregation, Senator Dickson will continue to have my high regard and loyalty as his contribution to my life will remain vivid in my mind for as long as I live.

“I thank you once again for honouring my invitation, dear ladies and gentlemen of the press, and may God bless you all.”

Why I equipped, donates library to Schools in my community – MC Senibo [PHOTOS]