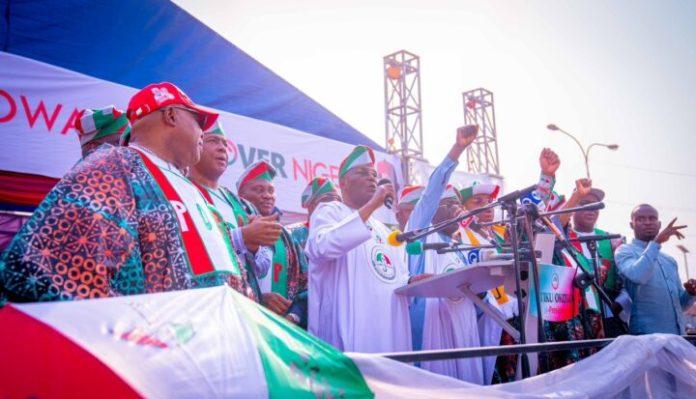 Atiku Abubakar, presidential candidate of the Peoples Democratic Party (PDP), says members who wish to get appointments and contracts in his administration must ensure the party wins in their polling units.

The former vice-president spoke on Wednesday at a town hall meeting with stakeholders and members of the party in Abeokuta, the capital of Ogun.

Abubakar said the PDP can only win the presidential election if members work for the party’s victory in their various polling units.

He said joining in the campaign train of candidates is not enough reason for them to get appointments and contracts.

“You are all members of the PDP and supporters of the PDP. You want the PDP to return to power, please I beg of you, make sure you win your polling booths,” he said.

“It is not a qualification that you will get a contract whether at the local government level, state or federal level.

“The only way, as far as I am concerned; if I am president, if you come and say you want a job or you want a contract, I will ask you to let me have the result of your polling booth and that is what I am going to direct to everybody because unless we do that, we will not win the elections.