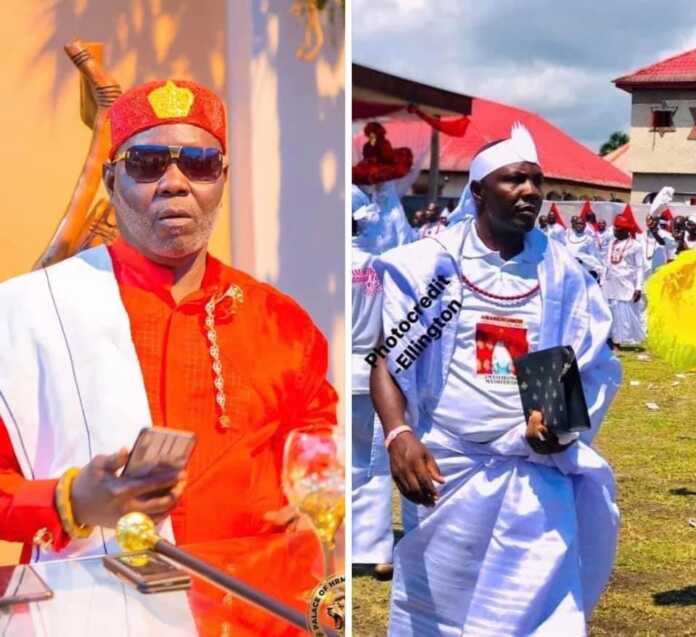 HRM king Micheal Ateke Tom, the Amayanabo of the great ancient Okochiri kingdom in Rivers state has thrown his weight behind the seven days ultimatum handed the Federal Government by one of the foremost Ex-Militant leader in the region, High Chief Government Ekpemukpolo also known as Tompolo over the immediate constitution of the substantive board for the Niger Delta Development Commission (NDDC).

King Ateke Tom, who is a former Leader of the Niger Delta Vigilante Force, through a statement signed by his Chief of Staff, Chief Tamunokonba Akaluogbo, stated the decision to back the seven days ultimatum is due to the continued insincerity and open deceit adopt by the Niger Delta Affairs Minister, Senator Godswill Akpabio in handling the affairs of the NDDC and the region at large.

Chief Tamunokonba Akaluogbo called on President Muhammad Buhari to display his penchant for an open ear and heed to the clamour by the stakeholders in the region for the immediate constitution of a substantive board despite the unending forensic audit ongoing.

Ateke Tom said the stakeholders in the region desire to sustain the existing peace in the region despite the rising insecurity in the South East and other regions, the setting up of a substantive board is not too small to ask by a region disposed to keeping the peace and rejecting secessionist pressure.

His words: “It is clear that Akpabio is deceitful and he means no good to the Niger Delta region particularly the Ijaws given his attitude towards reconstituting the Board of the Niger Delta Development Commission, NDDC. Time and time, the Minister has failed in his promises and he is using the forensic audit as a decoy for his selfish aims.

I urged him to do the needful before the region tint towards upheaval of break down of law and order again because his ineptitude and lack of genuine concern for the demands of people are capable of degenerating into violence which I don’t pray for. “