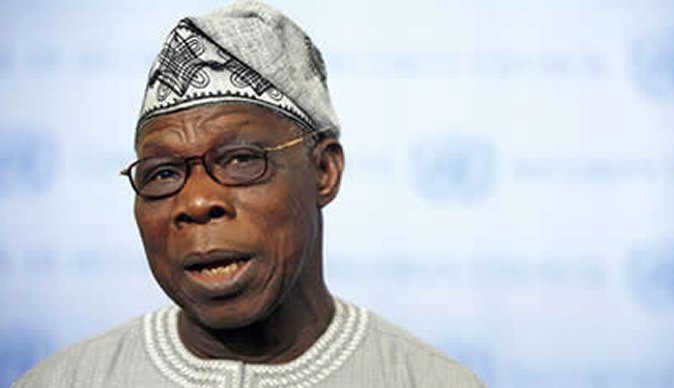 Former President, Olusegun Obasanjo, has delivered one of the most remarkable speech ahead of next year elections.

The former President, who recently endorsed his former VP, Atiku Abubakar, for President believes that the nation is in its present situation, because of the choices Nigerians make.

The former President made the remarks in his address at the presentation of the Governorship Candidate of the African Democratic Congress, ADC, Gboyega Isiaka, his running mate, Mrs. Bolade Osinowo, and other Candidates of the party, vying for various political offices in the general elections in 2019, at Abeokuta, the Ogun State capital.

The former President, stressed the need for the country to take its rightful place among the comity of nations, in terms of development, not just on the continent, but across the world.

He said: “God did not create Nigeria to be a failed country; God created Nigeria to be one of the leading countries among the comity of nations.

Obasanjo advised the people and the government, to be proactive in tackling the many problems facing the country.

He was optimistic and confident that the future of the nation is bright, saying that, Nigeria would be great again, and leave behind its economic and political challenges.

“I just don not believe that when you are confronted with a bad situation, you should be wringing your hands and say ‘well, what do we do? You should sit down and think, and look at the situation, and say what is wrong?” he said.

He cautioned the Candidates and party members, to shun the bad practices of vote-buying, and bitter politics, among other vices.

Obasanjo, however, threw his weight behind Ogun West Senatorial District, to produce the next Governor of the State.

According to him, this is because the District has not produced a Governor since Ogun State was created, 42 years ago.

Obasanjo To Court: I Haven’t Been Able To Serve My Wife Divorce Papers

Maryam Sanda sentenced to death for killing husband after...

Parts of Swali market burnt down by marijuana smoker...

“Somebody that was not a candidate cannot be winner...