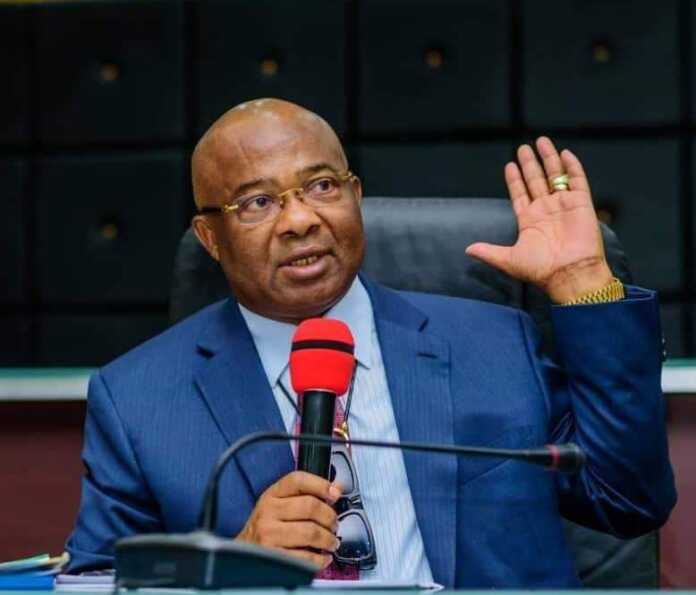 Governor Hope Uzodinma of Imo State has opined that the Edo State governorship election that held on Saturday, September 19th, by the Independent National Electoral Commission (INEC) was marred with irregularities.

The governor who spoke in a statement by his Chief of Press Secretary, Oguwike Nwachuku, said that the All Progressive Congress has commenced putting together pieces of evidence to proceed to the Election Petition Tribunal to challenge Governor Godwin Obaseki’s victory, with confidence that it will get justice.

Uzodinma accused the Nigerian electoral body of sabotaging the polls, making it difficult for the All Progressive Congress votes to count for its candidate, Pastor Osagie Ize-Iyamu.

He further described the conduct of exercise by INEC officials in Edo as ‘shameful’.

“The governor also thanked the governorship candidate of the APC in Edo, Pastor Osagie Ize-Iyamu, for his resilience and doggedness,” Nwachuku noted.

The statement added, “Governor Uzodimma urged all APC faithful and party-state supporters to remain calm and law-abiding, noting that what happened in Edo State was sabotage to our hard-worn democracy in Nigeria.”

Obaseki was declared winner of the election after he polled 307,955 votes across 18 local government areas to defeat the candidate of the APC, Ize-Iyamu, who polled 223,619 votes.

Judicial Panel of Inquiry: Gov. Diri Recuses Himself from...

TVC News is Back On Air – Management Speaks...