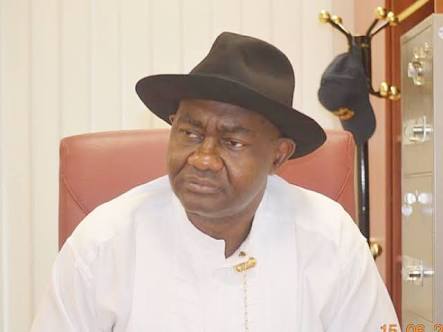 A governorship aspirant on the platform of the All Progressives Congress (APC) in Rivers State, Senator Magnus Abe, has expressed the hope that the party is now better positioned and poised to overcome its challenges following the emergence of former Edo State Governor, Comrade Adams Oshiomhole as its new National Chairman.

Abe stated this while speaking to newsmen in Port Harcourt shortly after his arrival from Bera, his hometown in Gokana Local Government Area of Rivers State where a mammoth crowd of supporters were on hand to receive him at a reception organized in his honour.

He expressed joy that the APC can now boast of a national leadership that is committed to the ideals and core values of the party where members will find a common ground to work together ahead of the 2019 general elections.

Abe, who is also the Senator representing Rivers South-East Senatorial District in the National Assembly, commended members of the APC in Rivers State for the enthusiasm and commitment they displayed during the convention, despite the challenges facing the party in the state.

He said, “I am very happy to be home after the convention and I want to use this opportunity to appreciate all members of the All Progressives Congress for their enthusiasm and commitment to the party despite the challenges facing our great party in Rivers State.

“They were in Abuja in their numbers; I am happy the convention is over and we have a brand new executive of the party that is committed to the ideals and core values of the APC.

“We believe that all members of the party will find common ground and work together so that we can begin to face the challenges before the party in the coming months.

“The new leadership of the party has said that they will be committed to truth, justice and inclusion to make sure that all members of the party have an opportunity to fully participate in the programmes of the party. The national chairman said so.

“And I think that is what this new executive is committed to. They will not humiliate somebody to please another. As far as I am concerned, Rivers State is ripe”.

Abe, who is the Chairman, Senate Committee on Federal Road Maintenance Agency (FERMA), reiterated his resolve to contest the 2019 governorship election in Rivers State on the platform of the APC.

He said, “Let me say it now; what I have said as often as the issue has come up, I am going to contest the primaries of the governorship of Rivers State on the platform of the All Progressives Congress.

“My dream and vision is that we must be in a position to offer Rivers people a chance to choose between choices.”