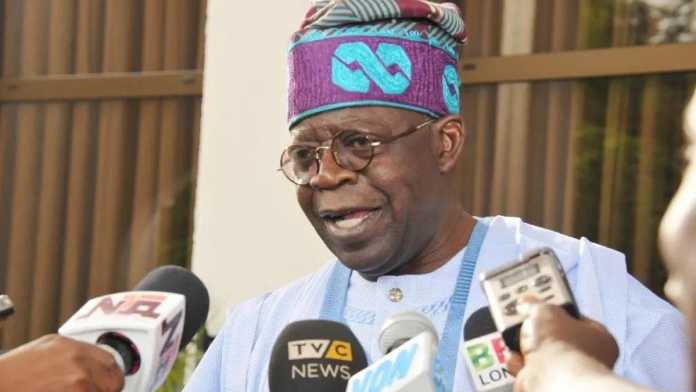 It was gathered that this was part of the decisions taken during the inaugural meeting of the committee held at the APC national secretariat in Abuja, on Monday. The meeting, which started at 1.02pm ended at 3.16pm.

It was learnt that the visit, which had been tentatively scheduled for Tuesday, was meant to reassure the APC national leader that the dissolution of the party’s National Working Committee was not targeted at him.

The APC National Executive Committee had, at its meeting attended by the President Muhammadu Buhari, on Thursday sacked the party’s NWC loyal to the National Chairman, Adams Oshiomhole, whose suspension was upheld by the Court of Appeal sitting in Abuja on June 16.

Following Oshiomhole’s suspension on June 16, the APC was divided into two factions with one led by its suspended Deputy National Secretary, Victor Giadom, and the other consisting of 18 NWC members, who were loyal to the national chairman.

Buhari declared support for Giadom and attended the Thursday meeting, which he convened.

Many analysts had interpreted Buhari’s support for Giadom and the sack of the NWC loyal to Oshiomhole, as the President’s deft move against Tinubu ahead of the 2023 presidential poll.

But the Presidency, in a statement on Saturday dismissed reports that Buhari and Tinubu had fallen apart following the dissolution of the NWC.

Also, Tinubu, in a statement on Saturday, supported the dissolution of the NWC at the instance of the President during the NEC meeting. Buhari, Tinubu said, acted like a true father to save the party from disintegration.

An APC chieftain, who confided in our correspondent, said at their meeting on Monday, the party caretaker committee members agreed to visit Tinubu to seek his support.

The source said, “It was agreed that the committee should go and meet our national leader, Asiwaju Ahmed Tinubu, to pacify and assure him that the dissolution of the Oshiomhole-led National Working Committee of our great party was not targeted at him. He is one of our most revered leaders. We recognise and appreciate his enormous contributions to this party. We plan to visit him tomorrow (Tuesday). If the visit does not take place tomorrow, it will take place before the end of the week.”

It was also gathered that the committee decided to focus on reconciling aggrieved members, the formation of a campaign council for the Edo governorship election and preparations towards peaceful conduct of the primary for Ondo State.

Earlier, the Head of the APC Legal Department, Dare Oketade, administered oaths of office and allegiance to members of the committee.

The APC caretaker chairman, in his inaugural address after members of the committee were inaugurated, assured party members that the committee would work on short and long term strategies to reposition the party.

Buni, who is also the Yobe State Governor, said since its formation six years ago, Nigerians were attracted to the APC largely due to its sincerity of purpose, principles and unblemished integrity of its founding fathers.

He said the least Nigerians deserved from the ruling party they massively believed in and voted for was good governance as exemplified in the provision of dividends of democracy.

The Yobe State governor also explained that internal disagreements were normal especially in all political parties noting that the APC was not an exception.

He said, “It is time for this committee therefore to commence the process of true reconciliation among leaders and members of the party at all levels. It is our belief that the decision by NEC to constitute this committee will mark the beginning of a new chapter in our great party.”

“Changes are inevitable and disagreements on issues and concepts are an integral part of human and institutional relationships. As a political party built on strong ideology and, parading men and women of enduring principle and integrity, we must prepare for real and anticipated changes and their consequences. The outcomes of changes that evolve in our party politics must be decided by us.”

Meanwhile, the chairman appealed to all party members to heed the appeal by the President to aggrieved members, who had cases in courts. He urged them to withdraw the cases in the interest of the party.

Buni said, “I urge all party members to heed to the appeal by our leader, President Muhammadu Buhari GCFR on his call to all aggrieved members who have instituted various cases in the courts to please withdraw such cases in the interest of our great party.”

After his presentation, the committee went into a closed session in the conference hall of the NWC. It was at this event that the former acting APC

National Chairman, Victor Giadom, handed over the mantle of leadership to Buni in the presence of other committee members.

While answering questions from journalists after emerging from the hall, the former acting chairman, said, “I, feel extremely grateful to God and also extremely grateful to the leadership of our own party especially Mr President, Commander-in-Chief, Muhammadu Buhari, and the entire leadership of the National Executive Committee for rescuing this party from what would have befallen the party.”

The APC Deputy National Publicity Secretary, Yekini Nabena, in a statement after the meeting, said the committee unanimously adopted a six-point working document aimed at repositioning the party.

IYC ELECTION: The Rebirth of the Struggle with Comr....