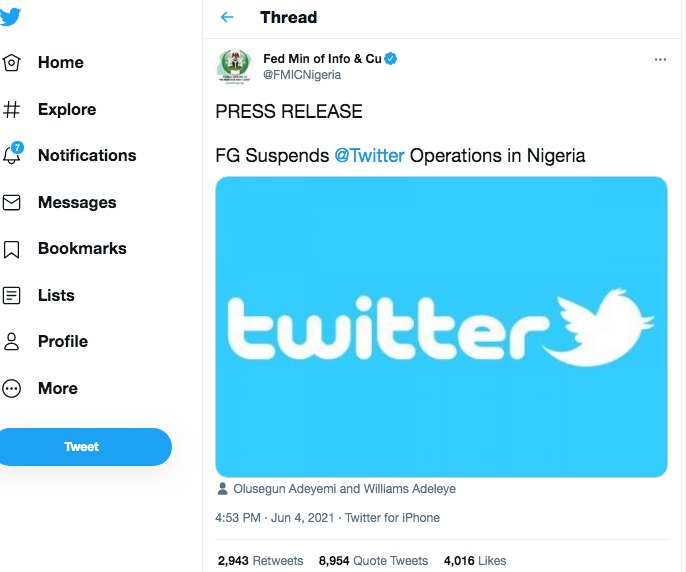 The Nigerian Twittersphere has been set abuzz after the federal government announced the suspension of the operations of the microblogging and social networking service, in the country.

Lai Mohammed, minister of information, had announced the “indefinite” suspension in a statement issued on Friday by Segun Adeyemi, his spokesman.

The suspension by the federal government comes days after a post by President Muhammadu Buhari on the 1967 civil war was deleted by the microblogging platform.

The suspension of the social networking service was also shared on the Twitter handle of the federal ministry of information, which has since generated reactions from some Nigerians on Twitter.

Below are more reactions.