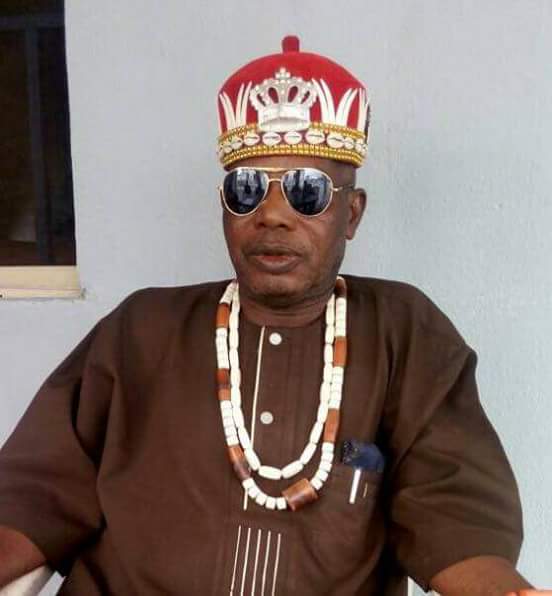 The Amananaowei of Amassoma, His Royal Highness Maj. Graham Naingba, (retd), has warned against attempts to ignite fresh tension and deepen the unfortunate crisis that recently engulfed Amassoma, a host community to the Niger Delta University.

The monarch cautioned a popular Ijaw musician, Barrister Smooth, against waxing any music on the recent crisis involving the NDU and the Amassoma community. 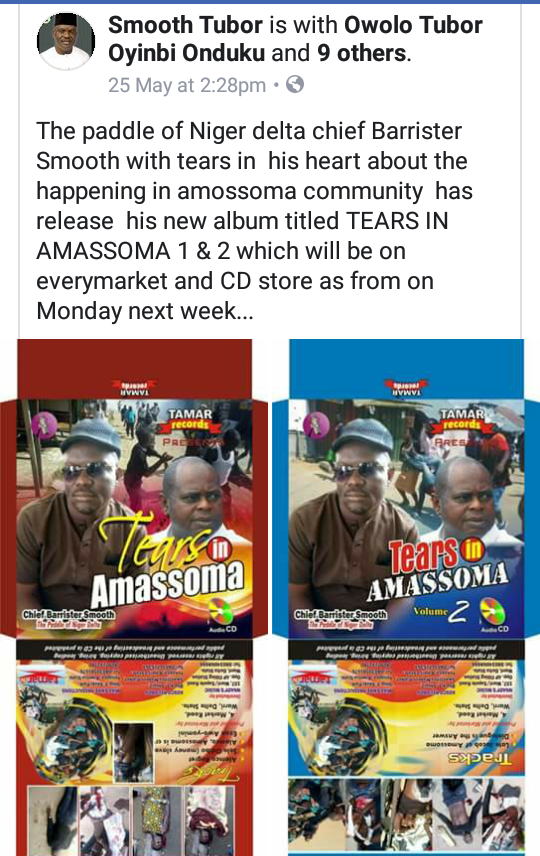 He stressed in a statement on Saturday that such an action was condemnable and reprehensible as it could negate ongoing efforts of the Bayelsa State Government to resolve the crisis.

His Royal Highness said that the Governor of the State, His Excellency Henry Seriake Dickson, had not only put adequate measures in place to address emergent issues but was also effectively resolving the crisis.

He warned characters with dubious intent with the backing of politicians focused on 2019 elections to desist from exploiting the crisis to cause further division in Amassoma community.

He stressed that the platform of music should not be exploited to inflict pain and agony on the community as the conflict was already being resolved by the various authorities.

He said, “It has come to the attention of the traditional institution and authorities of Amassoma that a popular musician, Chief Barrister Smooth, has released a musical record in the form of an inflammatory dirge on the recent crisis in our dear community, Amassoma.

“While we are not opposed to genuine efforts geared towards peace, security and prosperity of our town, the people òf Amassoma are not in support of the activities of the particular musician with the backing of politicians which are designed to inflame passions in the community.

“Politicians should leave Amassoma alone. The tendency to exploit a crisis situation to aggravate conflict cannot be the best way to show concern and love. This is unknown to the culture of our people.

“The Amassoma community finds this curious action as unpatriotic. Amassoma can do without these crocodile tears and detrimental sympathies.

“For the purpose of emphasis, we advise that nobody should compose a song to inflame tension and threaten public peace in our community.

“The Governor and the traditional authorities have not only put machinery in place to address the issue but are indeed resolving the crisis. Nobody should do anything that will inflame passion or acts that can lead to further unrest in our community.

“To claim that you love Amassoma more than the indigenes is the loudest way to express hypocrisy.

“Politicians should leave Amassoma alone. The tendency to exploit a crisis to deepen conflict cannot be the best way to show concern. Amassoma is beyond any individual.”