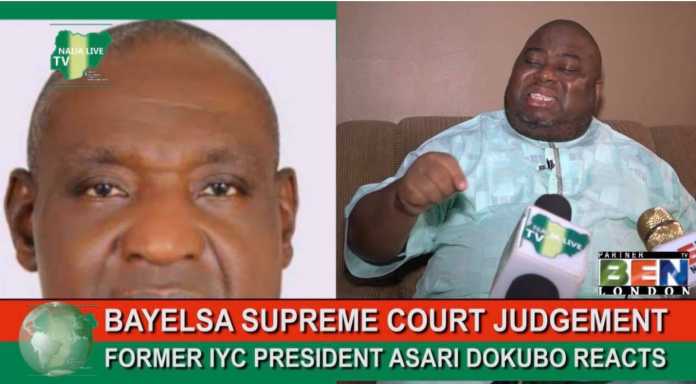 The Ijaw leader acknowledged the courage of the Supreme Court justices as he calls on well meaning Bayelsans to support Sen Douye Diri’s led administration.

He also hailed the performance of the former governor Hon. Seriake Dickson in terms of his developmental strides.

However, the former IYC President pointed out that both Sen Douye Diri and Chief David Lyon are Ijaws but the National political platforms they represent matters.

COVID-19: We are ready to help govt on grassroots...