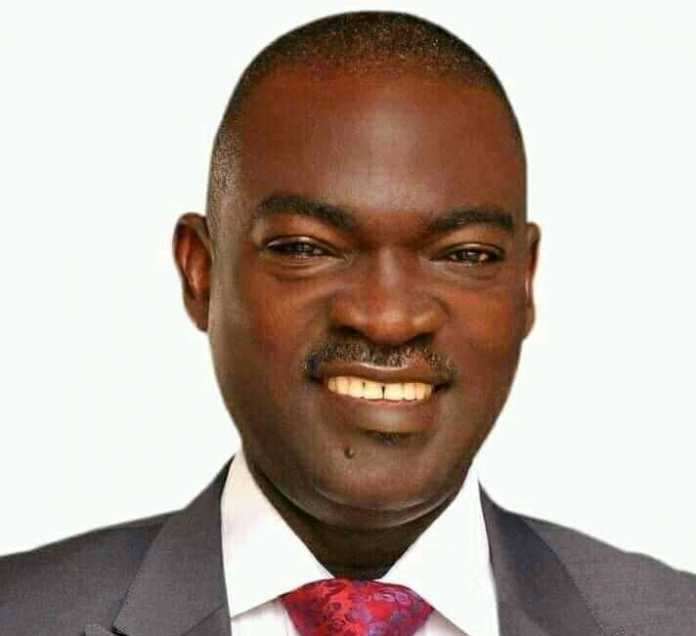 The All Progressives Congress (APC) party in Akwa Ibom State, has confirmed the death of its Chairman, Mr Ini Okopido.

In a press release signed by the Deputy State Chairman, Dr. Ita Udosen, and made available to newsmen on Wednesday in Uyo, the party said Okopido died after a brief illness.

He stated that the death of the deceased was painful to the APC family in the state and Nigeria as a whole, adding that the party is grieved and mourns with the wife, children and family of the deceased.

“On behalf of the leaders, elders, members and the various organs of our party, I regret to announce the passing away to eternal glory of our dear State Chairman, Hon Ini Titus Okopido.

“He died in the early hours of today after a brief illness.

“Our hearts are heavy with grief as we mourn with his wife, children and family.

“This is a very painful death to the whole of the APC family in Akwa Ibom State in particular, and Nigeria as a whole.

“Our Chairman was a committed and dedicated progressive and party loyalist whose ideals were inexorably tied to the philosophy of our great Party.

“He contributed immensely to the growth of the Party in the last two years he’s been Chairman.

“We call on our members to keep the family of our Chairman in prayers in this very difficult moment.

“As we mourn our beloved Chairman, we also remember the families of all our members who have also passed away recently,” the statement read.

News of the death of the party Chairman started trending since the early hours of Wednesday on the social media.

The information was first made public on the Facebook posts by some party members.

Some of the Facebook messages read: “Okopido died in the early hours of today amid tears and efforts by family members and concerned friends to keep the Chairman alive.”

Another party member, Mr Thomas Thomas, wrote: “A fine gentleman, treading down the path of every mortal. The soil will rejoice, even the worms that can’t even read will dance upon receiving this Okopidopedia. Sad! How I wish…Sad!”

Another APC member, Mr Uduak Ikpat, wrote: “What a Black Wednesday for the Progressives’ family…It’s confirmed!”

It was gathered that Okopido died after battling with a suspected chronic pile disease.

However, some people have linked his death to spiritual forces.

Political Stories SAINT MIENPAMO - September 20, 2020 - 9:26 am 0
The governorship candidate of the All Progressives Congress in Edo State, Pastor Osagie Ize-Iyamu, has expressed confidence that he will win the...

NAFDAC disowns Air Doctor, other COVID-19 ‘blockers’ despite rise in their popularity

Top News SAINT MIENPAMO - September 20, 2020 - 8:48 am 0
The National Agency for Food and Drug Administration and Control has disowned Air Doctor and other products that are marketed as capable...

NAFDAC disowns Air Doctor, other COVID-19 ‘blockers’ despite rise in their...