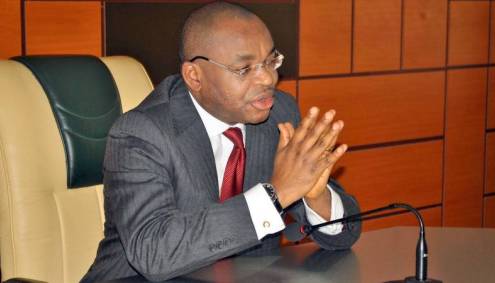 The Minister of Finance, Mrs. Kemi Adeosun in her reaction ,expressed disconcert over the development, saying that failure of the State Commissioners of Finance to collect their States’ share of the monthly allocation following their protest on low returns from NNPC ,may delay payment of June salary to States’ workers .

The Minister opined that NNPC was an investment of both the federal and states government expected to yield returns and when the returns are below expectations there was bound to be negative reactions on the parts of the stakeholders.

Also reacting on the outcome of the FAAC meeting, the State Commisioner for Finance, Mr. Nsikan Nkan averred that the steady increase in the price of crude oil without corresponding increase in figures of revenue remitted into the Federation Account has become a regular occurrence, a situation he noted has resulted in revenue sharing controversy between NNPC and FÀAC.

The Commissioner expressed optimism that the parties concern would engage in further negotiations and come to a compromise to resolve the anomaly amicably so as to move the country forward.

On the prompt payment of June salary by Akwa Ibom State government in the face of the present situation, the Finance boss pointed out that this has been one of the cardinal principles of the present administration of Governor Udom Emmanuel since its inception even at the time the allocation of the State was on a decline following the crash in oil price.

He noted that Civil servants play strategic roles in the development of the state as drivers of government’s policies and programs and as such government places high premium on their welfare , hence the mobilization of funds for this very important obligation to enable workers meet their individual competing needs.

Mr. Nkan added that this could only come from a government that is people-oriented in which Governor Udom Emmanuel administration is well known for,calling for more support of the people to enable the State Governor fulfill all his lofty plans for the people.

Some of the Civil Servants who spoke with the correspondent lauded the effort of Governor Udom Emmanuel towards the well being of workers and by extension the people of Akwa Ibom State and pledged their unalloyed support to his administration. (Insideakwaibom.com)