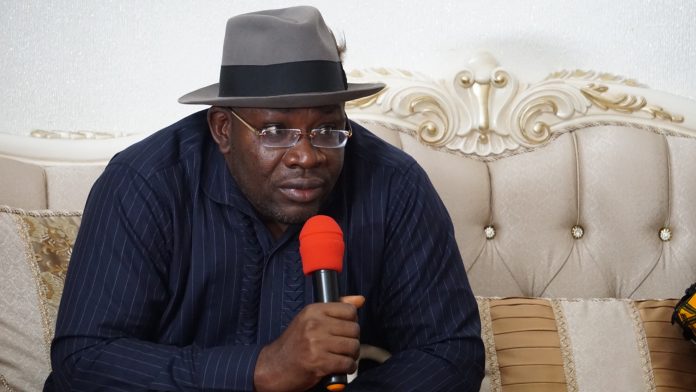 The Bayelsa State House of Assembly has resolved to probe the Former administration of Governor Seriake Dickson over the non-establishment of the Maritime Academy, Okpoama in Brass Local Government area Eight years after the Bill was passed and assented to by the State Government.

Already, the Permanent Secretary of the State Ministries of Transport and Education have been summoned to appear before members of the State Assembly to explain why the Institution is only existing in Name and sign board without visible establishment of school management board and structures eight years after establishment and passage of budget provision.

The member of the State House of Assembly had allegedly moved the motion on Wednesday on the floor of the House, argued that the proposed Maritime Academy slated for Okpoama in Brass Local Government only existed in name and an appointed Rector but without structure or governing board.

The Assembly Members noted that though the protest and outcry by the people of Okpoama community over the decision by Former Governor Seriake Dickson to move the College of Education located in the area to Sagbama in Sagbama local Government area of the state led to the establishment of the proposed Maritime Academy,” but eight years after, there is no structure or students.”

“The school only exist in signboard and in name on paper. The only similar institution exist in Oron in Akwa Ibom state. The Bayelsa version, which is not only for people of Brass but for all Bayelsa people, should have been functioning. The Bill establishing it was assented to by Governor Dickson.

The Lawmakers in the motion, urged the House to invite the relevant officials to appear before it to explain why the maritime academy was not functional eight years after it was created.

They said the motion became necessary because of the desire of many concerned stakeholders for the institution to commence academic programmes to serve the objectives behind its establishment.

The motion was allegedly received overwhelming support from several lawmakers including Mitema Obordor (Ogbia 1), Wisdom Fafi (Kolokuma/Opokuma 2), Ted Elemeforo (Yenagoa 3) and Tare Porri (Ekeremor 1), who took turns to speak on the economic and educational benefits of the maritime academy.

Former governor Seriake Dickson established the maritime academy in 2012 following the protests that trailed his relocation of the state College of Education, Okpoama, to his locality, Sagbama, and renamed it Isaac Jasper Boro College of Education. The COE was established by the current Minister of State for Petroleum Resources, Timipre Sylva, when he served as the governor of the state.

Dickson had in July 2012 explained to the Okpoama Kingdom Council of Chiefs, who presented a protest letter to him, that “the decision (to relocate the college) was done in the best interest of the state” and that “the maritime would be a world class facility where people can be trained in maritime activities.”

In April 2013, Dickson, who was represented by his then deputy, Gboribiogha Jonah, signed an agreement with a Polish firm, Navimor International Maritime Academy, to develop the maritime academy with the plan of securing €66milion loan from the Polish Government for the project.

But when Contacted, A member of the house of Assembly who wouldn’t want their names mentioned told NAIJA LIVE TV that it was a misinformation, said the House is on recess and nothing of such came up.