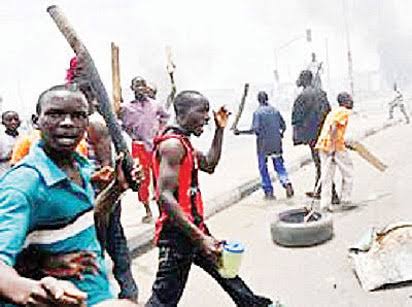 There was renewed fear among residents of Yenagoa,the Bayelsa State capital and it’s environs following the renewed clash among rival cult groups in the state which has led to the death of three persons in Odi Community of Kolokuma/Opokuma local Government Area of the State.

Some indigenes of the community told newsmen that “Residents were woken up by series of gun shots and upon mobilising to the scene, they met the lifeless bodies of the victims. But the community could only identify one person and not two others. ”

The renewed clash and killing confirmed that the truce reached among the rival cult groups during a meeting with some State Government officials Led by the State Volunteer Force has failed and the cultists have returned to war trenches.

It was gathered that during the peace meeting initiated without police presence and attended by known cult leaders, it was agrees that cult killings will stop and slots for cultists engament by the State Government will be arranged. The arrangement is now threatened by the latest killing.

Leadership gathered yesterday that the latest incident of cult rivalry and killing occurred at about 10pm in Odi community with an indigene of the community known as James Alex and two others were shot dead.

Though, the youths and the elders had gone into a close door meeting on Sunday, it was gathered that the killing might not be unconnected with the killings recorded during last month cult clashes in some parts of the State capital.

It was gathered that the killing of the three may be a reprisal attack by another cult group. Others claimed the Idiot killing might be another tactics employed by another group to instigate crisis in the state.

Leadership gathered from security sources that over 20 cult groups exist in the state with known leaders including some under the empowerment programme of the State Government.