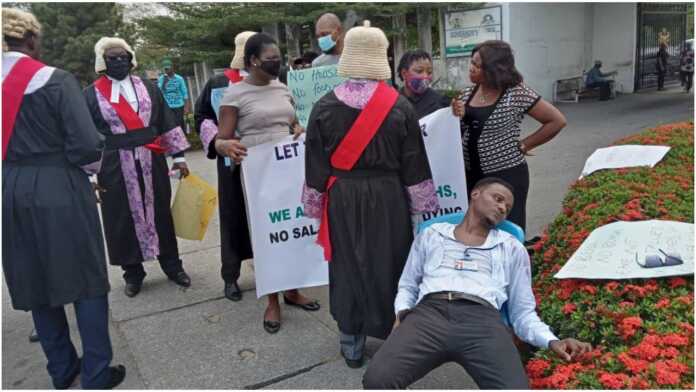 The Cross River State Acting Chief Judge, Justice Eyo Effiom Ita has confirmed the non-payment of salaries of over thirty Magistrates in the state,

Justice Ita who spoke with newsmen in Calabar said he was aware of the situation but he did not know for how long the Magistrates had been owed.

“I was appointed Acting Chief Judge two and a half months ago and I heard that some Magistrates were appointed but the governor said he did not give clearance for their appointment and so will not pay them,” he said.

The Acting State Chief Judge explained that there was nothing anyone could do to change the situation until Gov Ben Ayade changes his disposition.

He said all interventions had been made but the Governor insists he never approved their employment.

Save our land!!! Poor reading culture a menace in...

PIB: Anything Less Than 10% For Host Communities Will...