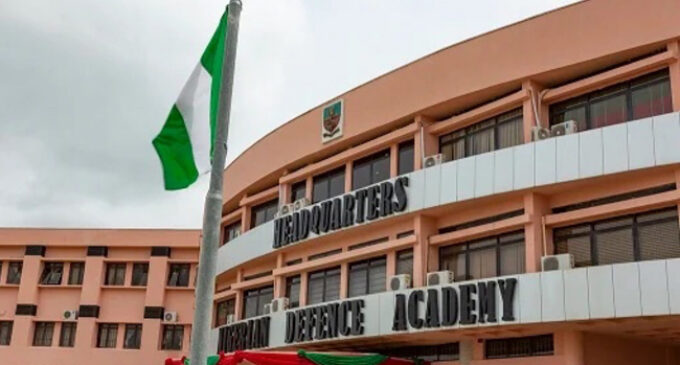 The Arewa Consultative Forum (ACF) has expressed dismay over the attack on the Nigerian Defence Academy (NDA) by bandits.

In the wee hours of Tuesday, gunmen attacked the academy and killed two officers, abducting one in the process.

Reacting in a statement issued by its spokesman, Emmanuel Yawe, ACF said it is sad that “ordinary street bandits” could invade the NDA.

Yawe said the officer abducted must be rescued and those behind the attack be brought to book.

“These gallant men have payed the supreme price for Nigeria, their motherland.
We hope their sacrifices are not in vain. The Forum is praying that the abducted officer will be rescued and the criminals who abducted him brought to book,” he said.

“It is really sad that ordinary street bandits will invade a military institution of such high national and international repute, outwit the security system and men there, kill officers and take one away to an unknown destination.

“The NDA is a proud reminder of the achievements of our fathers.

“We of the ACF have said it again and again that there is everything seriously wrong with the management of our security. The other day a Nigerian Airforce fighter aircraft was shot down by the so-called bandits.

“Today the factory where all Nigerian military officers are produced has been invaded and desecrated. What else do we need to show that our national security system is running in reverse gear?”