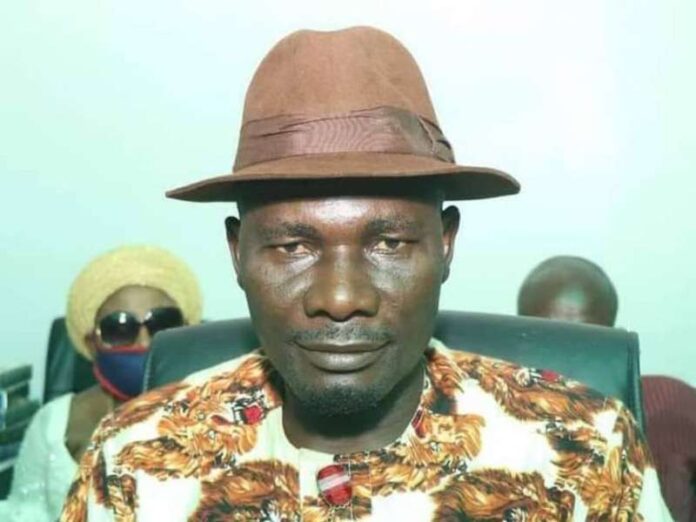 Bayelsa Commissioner for Trade and Investment, Hon. Federal Otokito Oparminola has regained freedom after five days in the kidnappers’ den.

According to report, the Bayelsa Commissioner was abandoned by his abductors after much pressure from the men of the Operation Puff Adder attached to the State Police Command.

Sources close to the State Police Command reported that the Bayelsa police Commissioner was immediately taken to the State Government House for de-brief.

The abduction, which occurred at about 11pm on Thursday night has thrown the quiet riverine community into panic following claims that one of his abductor is an indigene.

Police sources claimed the abducted Commissioner recognized one of his abductor and he is from the same community with him.

The release of the abducted Commissioner is coming few hours after the State Governor, Senator Douye Diri, assured that no stone would be left unturned to ensure the release of his Trade and Investment Commissioner, Mr. Federal Otokito, who was kidnapped a few days ago.

The governor called for his immediate and unconditional release by his abductors, stressing that the state’s laws against kidnapping would be followed to the letter against them.

Mr. Otokito was kidnapped last Thursday night from his residence in Otuokpoti, his hometown in Ogbia Local Government Area of the state.

Speaking on Sunday at the 12th Kolokuma-Opokuma Thanksgiving Day in Sampou, his community, Governor Diri insisted that the state government will not pay a dime as ransom for his release.

He called on youths to shun kidnapping, which he said was counter-productive to the state and their wellbeing.

He said: “I left Yenagoa for Abuja and within the period, one of my cabinet members was kidnapped. A lot of people expected me to make statements but I am not a man of too many words.

“I advise those who settle scores by kidnapping and criminality that there are laws of Bayelsa State against kidnapping. Let me call on those that kidnapped my Commissioner of Trade and Investment to immediately release him without any conditions.

“I have been on it from the beginning till now and I will ensure that he is released unhurt. I advise all others involved in that criminal, ungodly and inhumane act to have a change of mind and leave that illegitimate business.”

Governor Diri also used the opportunity to caution those heating up the state politically due to their ambition to tread carefully as his government would not condone political thuggery and such nefarious acts.

He stressed that the ruling Peoples Democratic Party in the state had a structure that must be followed strictly through nominations and elections when the time is right and warned anyone with a negative agenda to have a rethink.

He restated his call on his appointees that have political ambitions to resign their appointments.

He also called on politicians to change their old ways of playing God, mudslinging and thuggery, stressing that whoever God destined to occupy a position would eventually emerge no matter whose ox was gored.

“Now we are in a political year. Some have begun to scramble to become members of the National Assembly or the House of Assembly. I have received several calls that some people have started having processions while some are preparing thugs. That is not what Bayelsa State wants.

“We have a political party structure, particularly those of us in the PDP. We opened our two arms to receive everybody. But thereafter we will sit down, consult and have a credible process of nominating who goes to the House of Assembly or National Assembly and who gets what, how, why and when.

“I earlier told members of my cabinet who have interest in any political offices to put in their resignation and I mean it. So, I’m using this occasion to re-emphasise it.

“This goes to all other political appointees be they Special Advisers, Technical Advisers or Senior Special Assistants. If you want to contest for any political office, please put in your resignation.”

In his goodwill message, the Deputy Governor, Senator Lawrence Ewhrudjakpo, called on Bayelsans to continue to pray for those in authority for God’s grace to enable them succeed.

Senator Ewhrudjakpo said thanking God attracts positive growth to the state as there is power in the tongue.

In his sermon, Apostle David Zilly-Aggrey said God was still in the business of using mortals to bring His plans to pass and that this can be achieved if the people drew near to Him in prayers and thanksgiving.

Apostle Zilly-Aggrey, who is also President of the Royal House of Grace Church International, noted that the annual KOLGA Thanksgiving Day was established by God and cannot be changed.

He admonished the people to realise that every God-induced victory was not for an individual but for all.

He, however, stressed that those who spearheaded the battle should be the first partakers of the blessings.

The programme witnessed a large turnout and also had in attendance member representing the Ogbia Federal Constituency in the House of Representatives, Fred Obua, and Speaker of the Bayelsa State House of Assembly, Abraham Ingobere.