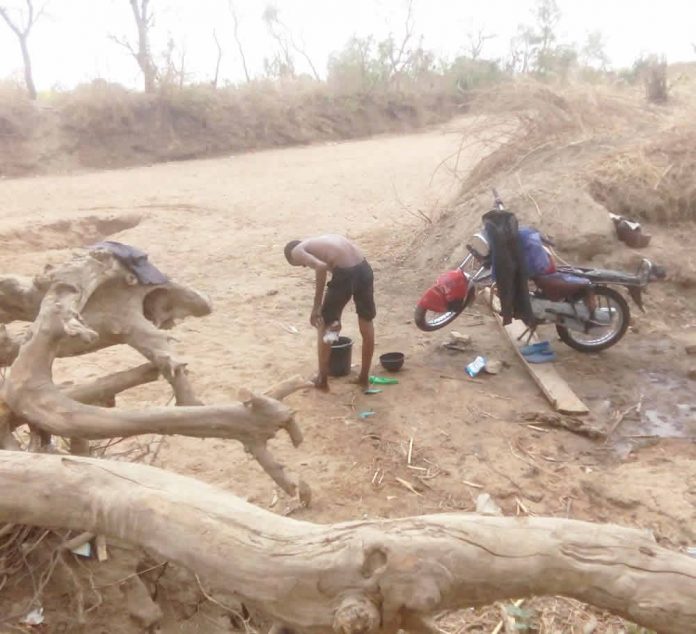 Residents of Nikangbe community, Niger State have cried out to the state government over the lack of basic amenities in the area.

It was learnt that since the creation of the state, the community had not been provided with basic amenities by any government.

Northern City News gathered that Nikangbe community with a population of over 5,000 people has no potable water, electricity, roads or hospital which has made life difficult for the residents.

A resident, Akawo Mohammed, explained that the people were living in a deplorable condition, noting that parents took their children to the hospital weekly due to one ailment or the other from drinking unclean water.

“We are living in a deplorable condition; there is no road, no good drinking water and hospital. Now that we have an outbreak of cholera in the state, I wonder what will be the fate of Nikangbe community.

“We trek up to 15 kilometres to the hospital and we are close to Minna, the state capital, it is unbelievable. Government is concentrating development in major areas in Minna leaving us in a hopeless predicament.”

Another resident, Joy Oke, told our correspondent that the people might not vote for any politician during the next general elections unless the concerns of the community are addressed.

“If you visited our community, you would wonder whether it is part of Minna, the state capital, the situation is horrible,” she lamented.

The state government could not be reached for comment on Tuesday as calls to the Commissioner for Information, Danjuma Salau, indicated that his phone was unavailable.

Over 3 Million Households To Get Mosquito Nets In Niger