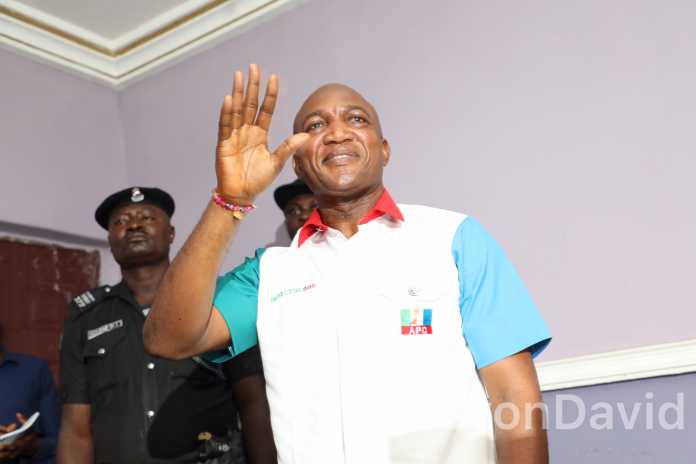 An astute politician and a Chieftain of the All Progressives Congress (APC) in Bayelsa State, High Chief Olalibo Osain Ibokolo has predicted a prosperous and progressive Bayelsa, under the leadership of His Excellency Chief David Lyon.

Chief Olalibo Osain Ibokolo, who was speaking to newsmen on the heels of David Lyon’s court of appeal victory on the post primary elections case with Heineken Lokpobiri, last Saturday in Port Harcourt, noted that, the victory is a further affirmation of the desire of Bayelsans and the will of God.

While, congratulating the Governor-elect, he asserted that, the emergence of David Lyon as the winner of the APC primary and subsequent victory at the governorship poll of November, 16th, 2019 was a clear expression of the wishes of the majority of Bayelsans who have since been yearning as well as voted for a change.

According to him, the Court of Appeal judgement was anchored basically on the willful revolution by Bayelsans, through the investment of their mandates on the ballots.

Chief Osain Ibokolo, who has never wavered in his support for the Governor-elect, stated that, David Lyon’s mission and purpose is simple, visible and properly tailored to touch the very desires and serve the interest of Bayelsans by ensuring a more developed and prosperous state that will portray it as the true Glory of all lands in all its ramifications.

Chief Ibokolo used the opportunity to enjoin all supporters of the Bayelsa next level project, the APC family and indeed all Bayelsans of goodwill to be firm and resolute in their prayers as the momentum for a progressive takeover brews louder with a fragrance of uncommon development built on credibility.

He reminded Bayelsans from all works of life to take the Bayelsa project as a collective one that requires all Bayelsans of goodwill to key into, by giving necessary support and meaningful contributions to the incoming administration of Chief David Lyon, adding that, the Progress and Prosperity of Bayelsa is about to come into manifestation, through David Lyon, whom he described as a God sent.

Coronavirus: Symptoms, Treatment And How To Protect Yourself [MUST...

Gov. Ortom Narrates how Herdsmen attacks Him In his...