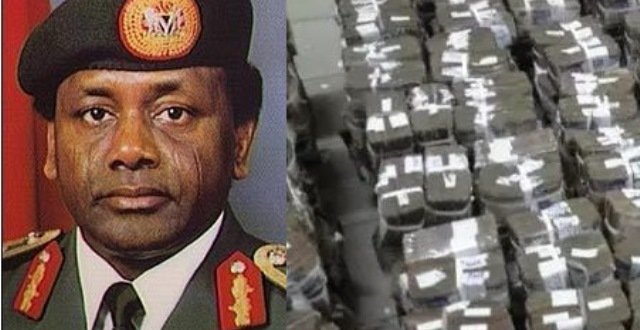 The Federal Government says it will commence disbursement of the recovered 322 million dollars Abacha loot through Conditional Cash Transfers (CCT) to 302,000 poor households in 19 states in July.

Mr Tukur Rumar, of the National Cash Transfer Office (NTCO), said this at a roundtable on assets recovery organised by the Swiss Embassy on Thursday, in Abuja.

The event was organised to intimate citizens and Civil Society Organisations (CSOs) on the efforts both nations were making on asset recovery after the Post-Global Forum on Assets Recovery (GFAR) held in Washington D.C. in Dec. 2017.

At the forum, Nigeria made commendable commitments on beneficial ownership, tax transparency, asset recovery, transparency management of recovered funds and payments to victims of corruption.

According to Rumar, the benefiting households will receive N5,000 monthly and are derived from the National Social Register (NSR) that the 19 states are already on.

He said the programme was designed to also train beneficiaries on livelihood skills, social skills and other programmes that would change their lives completely.

Rumar, however, said that NCTO had been making payments to the 46,000 poor and vulnerable households across the 19 states since Dec. 2016, adding that the number had increased to 290,000.

Mr Iorwa Apera, the National Coordinator, National Social Safety Net Coordinating Office (NASSCO), said 503,055 households were already on the NSR register from the 19 states, adding that by July, there would be a social register for all the states of the federation.

Apera told the participants that the Federal Government would begin with those states, because they had signed a Memorandum of Understanding (MoU) with NASSCO to put in place certain infrastructure to empower the national register.

“Some of the states delayed, but the other ones were quick enough to set up infrastructure that allowed us to start work there, but all the states are now on board as they have set up their state operating offices and donated office equipment to us.

“As states come on board, we enroll and so they extend to the beneficiary register, and presently we are generating data in all the states now,’’ he said.

Mrs Linda Ekeator of the office of the Special Adviser to the President on Social Investment said the Abacha loot was invested in the social investment programme, because it was a programme that was already supported by the World Bank.

She said that before the money was returned to Nigeria, there was an agreement with the Swiss government that it should be used for alleviating poverty and this was to be done with the supervision of the World Bank.

The Swiss Ambassador to Nigeria, Mr Eric Mayoraz said the 722 million dollars of the Abacha family money that was hidden in Switzerland was fully repatriated in 2005.

He also said that the 322 million dollars that was repatriated in Dec. 2017, was money that was frozen by the Swiss Attorney-General, but was not domiciled in Switzerland, but in other countries, mainly Luxembourg.

He, however, said measures had been put in place to ensure that Swiss banks were not used to hide stolen funds from other countries.

“For possible new cases, the Swiss legislation has fundamentally changed.

“The law in Switzerland does not allow bank secrecy anymore, and all banks and financial institutions have a due diligence duty to ask everyone coming with money where it is coming from.

“That does not mean that there are no illegal or stolen assets now in Switzerland, but then there is another instrument I signed myself with the Nigerian Ministry of Justice and Switzerland two years ago on mutual legal assistance and this is for new cases.

“Now, this agreement with our own Ministry of Justice and Nigeria is that there will be direct communication and exchange on mutual legal request and we are really collaborating with EFCC and other agencies in Nigeria,’’ Mayoraz.

The Executive Director, ANEEJ, Rev. David Ugolor, said for Nigerian citizens to not keep spreading rumours about the whereabouts of recovered loots, the government must be transparent in all the processes.

He also said that CSOs should be given access to the social register to enable it monitor properly whether or not the beneficiaries received what was due to them.