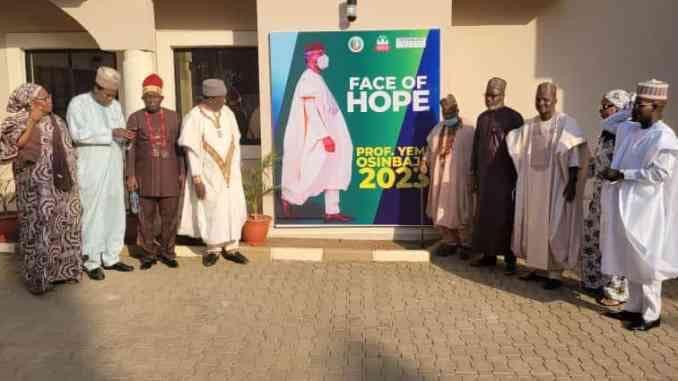 A political slugfest seems to be in the offing between Vice President Yemi Osinbajo and his godfather, Asiwaju Bola Tinubu, as an Osinbajo support group made public and formal their principal’s intention to succeed President Muhammadu Buhari in 2023 with the launch of a campaign office at the weekend in Abuja.

Curiously, after months of equivocation and outright repudiation, Osinbajo appears finally ready to emerge from the shadows of doubt and throw his hat in the ring for the country’s top job.

A major pointer to this suggestion is the opening of a campaign office by a motley coalition of his supporters.

Though some of the vice president’s supporters denied the office launched was Osinbajo’s campaign office, they said it was merely the office of a coalition aiming to draft him into the 2023 presidential race.

The campaign office, located at No. 15b, Buchanan Crescent, off Aminu Kano, by Emab Plaza, Wuse 11, Abuja, was inaugurated on Saturday in Abuja. It was decorated with Osinbajo’s banner, bearing the inscription, “Face of Hope.”

Osinbajo: God is set to give Nigeria a new beginning