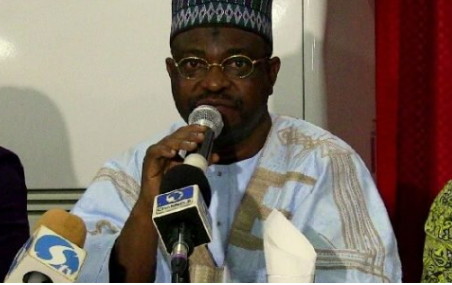 Former speaker of the House of Representatives, Ghali Na’Abba, has said he regretted leaving the Peoples Democratic Party, PDP for the All Progressives Congress, APC, in 2015.

Na’Abba said this in an interview with Vanguard where he also accused President Muhammadu Buhari of running a one-man show.

The ex-Speaker, whose house was burnt down for supporting the PDP in 2011 but took the painful decision to leave for the APC, said his expectations for leaving the PDP to APC have not been met, adding that he only has regrets.

He said, “My experience in the APC is such that I only have regrets to tell because I found a party that is divided and there is no unity of purpose.

“That is one of the problems that he has. A lot of the people that worked with him for twelve years have left him because he does not even seem to know what is happening to him.

“My experience in the APC is that in the last three years, there were only four or five caucus meetings. The time lag between the first one in February 2016 and the second one in October/ November 2017 was sixteen months.

“I was not invited to the fourth and fifth meetings because in an interview with a Network I indicated my intention not to support Buhari’s re-election in 2019.

“A situation where dissent is not tolerated in a democratic arrangement portends danger to our democracy. Therefore, the party and Buhari have become one and the same thing.

“APC is an amalgam of interests that came together to do away with the PDP which by the grace of God they succeeded.

“The President of the Federal Republic of Nigeria in now from the party. But instead of the president to coalesce the disparate tendencies within the party, so that it becomes cohesive, he decided to operate a one man show, working neither with the party nor the National Assembly.

“The result is what we are seeing today in the congresses of the party across the country. Today the new PDP faction in the APC is saying it wants to opt out of the party. You can see very little of the former ANPP in the government.

“The only visible tendencies in the government are a little of the ACN and the CPC and even the CPC, majority of members still feel marginalized.

“The party is not being operated like a party because there is no connect between the president and the party. In almost all the states, it is the same thing going on between the governors and party members.

“The party becomes active only when the president or the governors need to use it. So honestly there is almost no reason for me to claim that I am better off in the APC than in the PDP.”