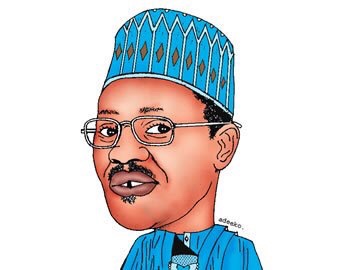 LAGOS: IN the next few months, Nigerians will face the challenge of another round of elections, following the expiration of the four years of the President Muhammadu Buhari’s Administration. Though this is a four years ritual, the next general election is instructive as it has implications for our future. This is in view of where we were before the Buhari Presidency and where we intend to be from 2019.As usual, the political field has been alive with different political gladiators promising to fix one thing or the other to make Nigeria better. In a democracy, this is surely a good idea as it offers the electorate the benefit of choice, because democracy is a market place of ideas. And luckily too, some of those offering themselves to lead the nation are people we all know their antecedents. This no doubt offers an idea of their pedigree even before being given the privilege of leading Nigeria in 2019.

We must however not fail to remember the need to ‘shine our eyes’ before we are fooled by some of these political gladiators, using their actions and inactions in the offices they occupy or used to occupy as parameters. Just before the PDP presidential primary, some suddenly became emergency marketers of restructuring, all in a bid to pull wool over our eyes. These were the same characters who played significant roles either as vice president, speaker, governors, senators etc during the 16 years that the Peoples Democratic Party (PDP) was at the helm of affairs of the nation. That period was undoubtedly an era where Nigeria made stupendous wealth from oil as oil was sold in the international marker for over 100 dollars for years and our resources were looted like never before.

Take your mind back to this era, and ask yourself what impact these people made with the resources at their disposal at their levels in government. In contrast, though Nigeria is making far less than the PDP era in revenue, Nigeria has made far much progress under the Buhari presidency in the last three years than PDP’s 16 years. All over the nation, life transforming projects are being executed like never before. Though those who made life difficult for Nigerians have feigned ignorance, the results are there for all to see. That was why one was very happy when Information and Culture Minister, Alhaji Lai Mohammed laid it bare when he was challenged to name some of the hundreds of projects government claimed to have done and is doing in the South–East. Not only did he name the projects, he equally listed their locations, cost and completion dates.

This was the same zone where President Buhari got the least number of votes in the 2015 Presidential election, the same south–east that cried marginalization throughout, the 16 years of the PDP misrule. Today, even the world knows that there is a new sheriff in town and this has shored up our profile positively on the global arena.World leaders are now saying that Nigeria has a president that they are proud to associate with. This in turn has rubbed off on Nigerians, as we are now treated with respect when we travel abroad. In addition, there is no hiding the fact that the present administration has drummed it into the consciousness of Nigerians that it will no longer be business as usual in government business.

Gone are those days when public official dipped their hands into the cookie jar without being challenged because the times have changed. Though it is not yet all Uhuru in the fight against corruption, the fact that Nigerians know that they will face the music if they fail the integrity test is a plus for this administration. We must also not forget that if past administrations had diversified our economy, Nigeria would have fared better today. Because of the sweet aroma of Petro dollars, the PDP lived like the prodigal son up till the end of the Jonathan administration in 2015. That was why it did not take long for Nigeria to slide into a recession, which thankfully the Buhari administration has taken us out of by putting on its thinking cap.

Today, this administration is doing a lot in the area of diversification through agriculture, mineral resources, tourism and more. The gains recorded in agriculture and mineral resources are unprecedented in our national history, as these sectors are now money spinners for our country. Across all sectors, the success stories keep increasing by the day, to the admiration of Nigerians at home and in the Diaspora. Will Nigerians forget in a hurry how Boko Haram and other acts of terrorism almost killed the Nigerian project? Though this administration may not have met all our expectations, the good news is that President Buhari whose candidature has been ratified by APC for 2019 has left no one in doubt that he has the capacity to deliver. That is key. We must not allow anyone or anything to reverse the gains we all laboured to achieve by voting for another four years of Buhari administration in 2019. The process starts now.

Umohinyang, a lawyer and political analyst, writes in from Lagos.