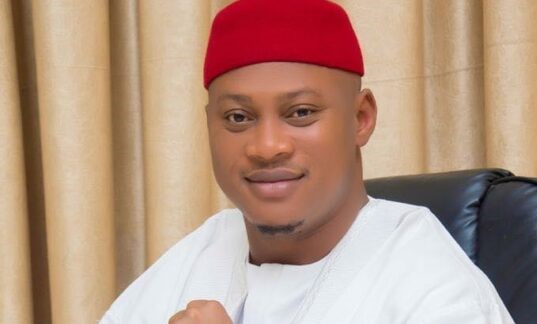 Nigeria Labour Congres (NLC) and Trade Union Congress of Nigeria (TUC), Enugu State Councils have faulted the resignation of the former Commissioner for lands in the state, Surveyor Victor Nnam.

In a statement which was jointly signed by Comrade Virginus Nwobodo and Comrade Ben Asofwa, the organized labour noted that he was already under investigation and that he was trying to escape the long arm of the law.

The workers in a statement made available to journalists in Enugu on Sunday said the reasons the former commissioner gave for his resignation were far from the truth.

It was reported that Nnam resigned on Friday which he attributed to the redeployment of some professionals in his ministry.

The statement reads, “The ministry of lands under the former commissioner revoked the land belonging to members of the Nigeria Union of Local Government Employees, (NULGE) Enugu State, re-parcelled the land and consequently re-allocated same to another set of owners. All the local government workers affected by this action are still counting their losses.

“The ministry under the former commissioner has made a lot of residents, including the workers, lose the plots of land they bought with their hard-earned and lean income.

“We expressed disappointment on the level of decay in the ministry and plead with the Governor of Enugu State, Rt. Hon. Dr Ifeanyi Ugwuanyi to ensure that the next person to occupy the office of the commissioner for lands in Enugu State must be humble, approachable, Godly and law-abiding in the discharge of his duties,” It said

Our family’ll soon be more than a community – Son of late Enugu man with 68 wives, 400 children, grandchildren

Popular native doctor, known as “King of Satan” who had over 300 children from 59 wives is dead