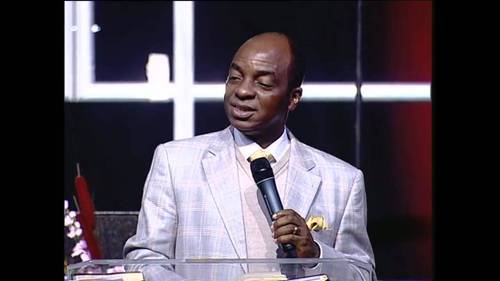 Reports on Sunday said Oyedepo sacked 40 pastors of the church for not meeting up with the targeted money they were supposed to rake in into the purse of the church.

A source investigation revealed that the pastors sacked were pastoring rural churches which depend so much on the headquarters for funding rather than bringing in money into the church’s purse.

A senior pastor close to the helm of affairs in the church who does not want his name mention because he has not been authorised to speak, said “The Living Faith Church had the vision in the year 2019 to open 10,000 rural churches nationwide.

“By the close of the year 2020, over 80% of these cottage churches had been built following a prototype designed and

constructed by the church professionals. Then came the human factor.

“Ordinarily, pastoring in LFC had followed a pattern of training and discipleship since its foundation 40 years ago.

However, in view of the massive recruitment to take charge of the new 10,000 churches, many who were neither spiritually nor morally prepared found their way into positions of authority as Pastors-in-charge,” the source said.

The source added that with good foresight, the Church Headquarter appointed seasoned pastors as Mission Inspectors to regularly visit, minister and monitor these rural churches.

“A lot of the Inspectors’ reports were damaging with ungodly acts such as abuse of grace, outright deceit, absconding from church while working full-time elsewhere etc.

“Ab initio, rural churches were never intended to be money spinners; rather, they are money guzzlers because the main church solely built, equipped and maintained both the church and its Pastors-in- charge,” the pastor said.

He added that the story in circulation about these churches not making sufficient income was therefore patently false and misleading.