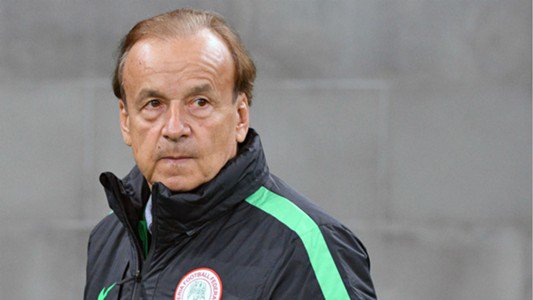 Many Nigerians believe in the efficacy of magic and pray for magic to occur every day in their lives, but they would deny that fact. They would rather use the word “miracle” to describe their belief, thereby cloaking it with religiosity.

Even after Nigeria’s first match against Croatia, where the Super Eagles did not record a single shot at their opponents’ goal post all through the first half, many Nigerians still hope and pray that the team will do wonders at the World Cup.

The consequence of this hope is that once the Super Eagles return from the competition without meeting the high expectations of their compatriots, the blame game will start and calls for the sack of the coach and disbandment of the team will commence. Many Nigerians care only about results. As far as they are concerned, God loves and cares for Nigeria more than other countries and He should only hear the prayers of her people on all issues, even when they have not worked enough to deserve such.

No matter how bad the performance of the Super Eagles at this year’s World Cup is, any person who loves Nigeria and wants the best for her should not call for the sack of the coach, Gernot Rohr, and the disbandment of the team. That team is called the youngest team at the 2018 World Cup. The goalkeeper, Francis Uzoho – who is 19 years old – is the youngest goalkeeper at the World Cup. This is not an excuse for non-performance, but it is a point to note.

What fuelled the optimism about the Super Eagles was the qualification of the team for the World Cup, which many consider to be the smoothest ever in the history of the country’s football. Unlike in the past when Nigeria had to wait until her last match and the last matches of her closest contenders to know her fate, most people were certain of qualification before the last match. Even when the one point garnered at the last match against Algeria was canceled by FIFA because an ineligible player was fielded, that still did not take away the World Cup ticket that the country had secured.

This made many Nigerians to believe that the team could face any team in the world and win. But the World Cup is not the same as playing against African opponents. This showed when Nigeria began to play friendly matches before the World Cup. The draws and losses were sending out a message, but most Nigerians believed that the friendly matches didn’t reflect the true strength of a team. Many would readily remind you that the 1996 Olympic team that won the football gold medal lost its last friendly in Lagos against Togo, but that did not stop it from beating Brazil and Argentina at the Olympics. What they would not tell you was how the 1996 team came to achieve the feat that gave it the name Dream Team. The 1996 Olympic team was more or less the 1994 football team groomed by Clemens Westerhof from 1989 to 1994. In 1989, a little known coach from the Netherlands (named Clemens Westerhof) was hired for the Eagles.

Westerhof began to build a new team after the Eagles disappointingly failed to qualify for the 1990 FIFA World Cup. At the 1990 African Cup Nations, Nigeria came second, the same achievement recorded at the 1988 Cup of Nations. It was a good outing, but Nigerians had hoped for something better than the second position. But, thankfully, Westerhof was not replaced by another coach, nor did he resign. Westerhof and his players, led by Stephen Keshi as captain, promised to win the 1992 Nations Cup. But rather than win the Nations Cup in 1992, they were beaten by Ghana at the semi-finals and ended up coming third. It was a huge disappointment to Nigerians who had got tired of coming second at the African Cup of Nations.

But, fortunately for Nigerian football, Westerhof was not sacked. By then his team had acquired more character and cohesion. Westerhof qualified Nigeria for its first World Cup – the 1994 World Cup. In addition, he won the African Cup of Nations for Nigeria in 1994 – the second time since 1980. Nigeria went to the World Cup of 1994 getting its best ranking ever: Number five in the world.

At the 1994 World Cup, although the Super Eagles were making their debut appearance, they were sure-footed. Little wonder, in spite of being in the same group with Argentina (which had players like Diego Maradona and Claudio Cannigia), Greece, and Bulgaria (which had Hristo Stoichkov, who was the runner-up for the 1992 and 1994 FIFA Player of the Year and 1994 Ballon d’Or winner), Nigeria came first in that group.

Nigeria’s style of play was sweet, cohesive and result-oriented. Having played together for some years, the players understood one another well. Whenever Finidi George had the ball on the right flank, Rashidi Yekini, knew what he would do, and would be waiting for him in the opponent’s goal area. Whenever Sunday Oliseh had the ball near our goal area, Daniel Amokachi or Samson Siasia knew that he would send a long pass that would drop behind the opponents’ defence line.

Uche Okechukwu and Uche Okafor played like Siamese twins in the defence. Even when Chidi Nwanu replaced Uche Okafor, the rhythm was maintained. Whenever Ben Iroha went on an overlapping spree, his play mates ensured that there was no void in the defence. The eventual premature exit of the Super Eagles at 1994 World Cup was not because they played badly, but because of lack of World Cup experience as well as ill luck.

It was that 1994 team that played at the 1996 Olympics with the infusion of a few players like Nwankwo Kanu and Celestine Babayaro. The coach of that Olympic team was Bonfrere Jo, who was an assistant to Westerhof. Therefore, the seed of the successes of 1994 and 1996 was sown in 1989 when Westerhof was employed as the coach of the Super Eagles. If he had been sacked in 1990 or 1992, we would not have produced the results of 1994 and 1996.

Nigeria has never lacked quality players. The sterling records we have produced at the youth levels since 1985 show that we have consistently produced players that should perform well at the senior level. But the problem has been that we are always impatient: Once a coach does not win the Cup of Nations or qualify for the World Cup, we ask for his sack. When a new coach takes over, he starts building all over again with different players and style.

Nigerians should stop thinking like tomato farmers (who hope for harvest a few months after planting) and start thinking like mango farmers who know that they have to wait for some years before they can have any harvest. Unlike the tomato which produces fruits fast and then withers, once the mango starts producing fruits, they come in large numbers and occur every year – or even twice a year – for a long time. That is the advantage of patience and long-term planning.