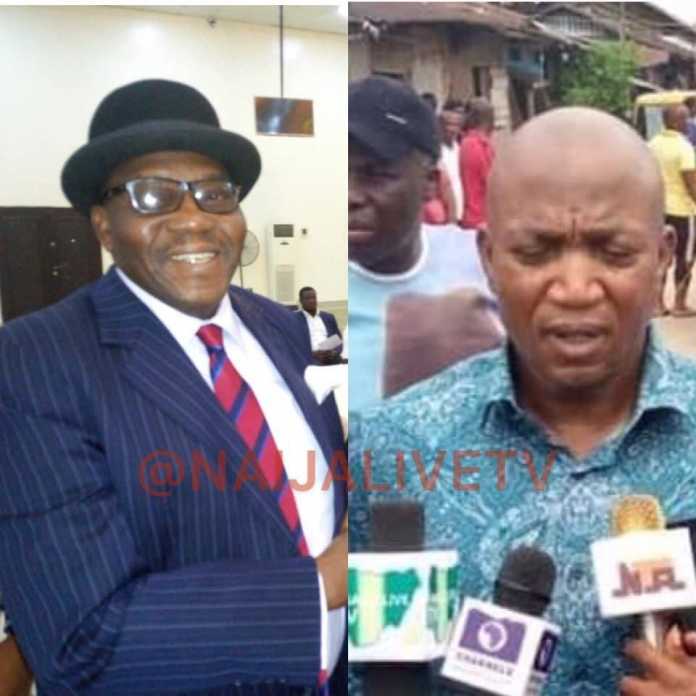 The recent appointment of HE Hon David Lyon, the popular winner of the recent Bayelsa State Governorship election, which was reversed in favour of the incumbent, HE Sen. Douye Diri by the Nigerian Supreme Court, by the All Progressives Congress Party (APC ) to head its affairs in the South South zone of the country has come with resounding celebrations. We appreciate President Muhammed Buhari and the National Executive Committee of the APC for this elevatIon of our brother, kinsman and great national patriot. By this appointment, HE Lyon has been elevated to steer the affairs of the party in the six states of Akwa Ibom, Bayelsa, Cross River, Delta, Edo and Rivers.

As the mandate is to ensure that the APC which is the ruling party in the country repositions itself, this high honour on HE Lyon places him at the vortex of governance, peace and security and development in the Niger Delta Region Indeed, it makes him the most politically exposed person from the region. Expectedly, he will put the plough to working immediately in ensuring internal peace and democracy within the APC in the areas under his purview and resolve all petty and troubling internecine disputes.

However, more than sleeping and waking up with APC, he will also have the onerous task of ensuring inter-party harmony with other political parties, especially the People Democratic Party (PDP) which controls some of the states in the region. He will also be expected to work to ensure that peace and security thrives in the area. Furthermore, the people of the area look unto him to work hard to ensure that party faithfuls are carried along in all affairs at the national level and that the region will be well favoured at the national level in terms of allocation of federal projects .

Fortunately, HE Lyon is loved with unimaginable respect and admiration not only in Bayelsa but in the entire region. His humility and the charitable character are magnetic attributes which pull crowds to him. Since the announcement of this appointment, jubilation and celebrations have erupted effusively around the major cities of the region; indeed across party line.

A man of few words, but deeply endowed with natural intelligence and tact, he will be able to ensure the successful accomplishment of his mandate. For a political leader better known for his team work ideals, he is expected to attract the best of hands, even outside party lines to get the job done. The lion will certainly roar again and will bring peace once again to the troubled party.

On behalf of my family and our PROJECT BAYELSA NGO team, we congratulate you and look forward to lending our support when necessary. May God in heaven continue to imbue you with wisdom and give you the strength and presence of mind to bring His Sovereign will to pass.

Reveal how much dollars you gave PDP tax collectors...