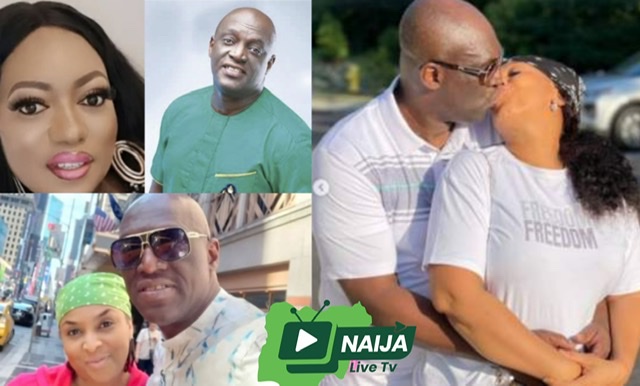 American lady impregnated by gospel singer, Sammie Okposo, reveals her side of the story

An American lady who is based in Texas identified as African Doll has said that Nigeria Gospel Singer, Sammie Okposo, has gotten her pregnant and insisting that she should get rid of the baby.

RealgistonlineTV had recently reported that Sammie Okposo has tendered a public apology to his wife, fans, fellow ministers, and others. In his apology, he admitted to cheating on his wife, Ozioma Okposo, with a lady he met in the United States of America (USA) last year, 2021.

Prior to Okposo’s post; African Doll stated in an interview with Obodo Oyibo Tv that they both had sex severally without using protection, and when she became pregnant and told Okposo, he didn’t handle it properly as he insisted that she should get rid of the child.

While narrating how they first met, she revealed that she went to some of his concerts in Texas in a church that is a little distance away from her residence after which they met each other, followed each other on Instagram, and shortly after, they exchanged contact.

She also narrated how the singer has invited her over to his hotel room and had fun together. African doll revealed that they weren’t dating each other despite having sex on several occasions.

The America added that it was not her intention to disgrace the singer but when she told him that she is carrying a baby for him, he disrespected her and accused her of trying to smear his reputation.

“We both know that we were wrong. There is a way to handle things but he didn’t handle it right. I am not saying he has to bow to me but there are ways you do things. Turning your back on me is wrong,” she stated.

See screenshot of their chats below

When she was asked if she is going to keep the baby, she responded; “I will keep the baby. I don’t really believe in abortions. Fornication is a sin

The Bible says he who is without sin should cast the stone. It is not my intention to hurt anybody but to bring life to the situation,” She stated.

Watch the video below for full details