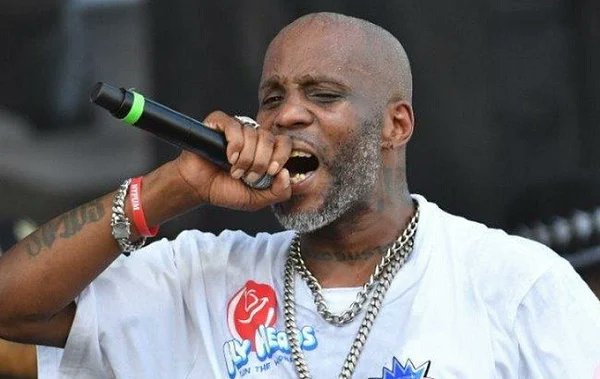 On Friday, news of the demise of Earl Simmons, the iconic US rapper better known as DMX, broke and sent the global music landscape into a frenzy.

The gravel-voiced MC breathed his last at the White Plains Hospital in New York after he had suffered a heart attack due to a drug overdose.

His death marked the end of an illustrious era characterised by towering legacies. The ace rapper and songwriter kickstarted his foray into the music industry in 1984 and the rest became history.

The 50-year-old rapper shattered records, snagged awards as well as recognition, and inspired several artistes across the world.

In recognition of the deceased’s heroics, TheCable Lifestyle examines seven of his most popular songs.

‘Ruff Ryders’ Anthem’ is unarguably one of DMX’s most popular songs of all time. The hit song was a track off ‘It’s Dark and Hell Is Hot’, his debut studio album, in 1998.

The project was dedicated to Ruff Ryders Entertainment, a record label, he was previously signed into. The song, which has been seen over 140 million times on Youtube, resonated with several music lovers and dominated charts after its release.

This is another song that shot the late rapper into the global limelight. Released in 1999, the project was a track off ‘…And Then There Was X’, his third album.

“It’s called ‘Party Up,’ but it’s very disrespectful,” the rapper had told GQ during an interview in 2019. He added that “the beat is for the club, I just spit some real [expletive] to it.”

A critical song that examined various forms of societal ills, ‘Who We Be’ will also go down in history as one of the singer’s most popular music projects.

The song, released in 2001, was the rapper’s third and final song to be nominated for the Grammy — although he didn’t win in any of the nominations throughout his career.

‘X Gon’ Give It to Ya’ was released in 2003 as the lead single from the soundtrack ‘Cradle 2 the Grave’. The song is considered DMX’s most successful international single as it snagged numerous awards and recognition.

The song was also included in ‘The Definition of X: The Pick of the Litter’, which is regarded as the rapper’s greatest hit album. It was certified platinum in 2017 — about 15 years after its release.

‘Slippin’ was released as the first single off ‘Flesh of My Flesh, Blood of My Blood’, DMX’s second studio album.

A typical tell-it-all song, the rapper addressed his tumultuous upbringing, experience in various institutions as well as struggles with certain addictions.

The emotional-laden track also became a sensation across the globe shortly after its release as it inspired several people battling similar experiences.

Akin to ‘Ruff Ryders’ Anthem’, the song was a track off ‘Grand Champ’, the rapper’s studio album, released in 2003. It also enjoined an impressive run after its release dominating numerous charts.

The project was released as the first single off ‘The Great Depression,’ the rapper’s fourth studio album. It wasn’t long after its release that the project started pulling the strings among music lovers while it also snagged positive reviews.