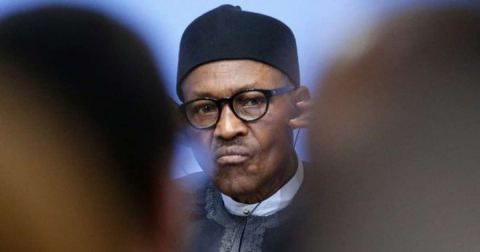 President Muhammadu Buhari Tuesday in Abuja called for a stronger sense of commitment to the governing party, All Progressives Congress (APC), that will translate into electoral victories in polls, admonishing that “unless we work together, we will suffer for nothing.’’

The President gave the advice to APC party leaders and members when he received the re-elected Governor of Ondo State, Rotimi Akeredolu at the Presidential Villa.

President Buhari said there was a need for party members at ward, local council, state and national levels to take ownership of the party structure and operations, with a larger goal of serving the country, and working together to deliver on its mandate to the people.

“Nothing succeeds like success,’’ The President said. “We are here to celebrate and congratulate Governor Akeredolu for his re-election, which was as a result of collaboration.’’

President Buhari noted that victory at the polls in Ondo was an indication of strong collaboration among party members, urging more harmony as the party prepares for the Anambra State election, and general elections in 2023.

“This is an evidence that when we come together and collaborate we can achieve a lot. I received the governors in the State House on their way to Ondo State for the final campaigns.

“Let’s keep the relationship going while in office, and afterwards. We better tell all state party members what working together can do. There is nothing like tenacity of purpose,’’ he added.

The President called for more steadfastness, loyalty and consistency, stressing that only tenacity of purpose can lead to success in every facet of life, including winning elections.

“I am an example of tenacity of purpose. I contested elections three times, and the fourth time I got here. You just can’t sit and wait for things to happen under any system, you have to work,’’ he said.

In his remarks, the Chairman of the APC Interim Management Committee said Ondo State indigenes showed they were enlightened by opting for continuity and consolidation, knowing that it was better to encourage Governor Akeredolu continue with the good work.

“We are mobilising for the elections and as usual we will need your support, Your Excellency.’’

Governor Akeredolu thanked the President, party leaders and governors for all the support, promising to further justify the confidence reposed in him by the party.

“I thank the almighty God for making the victory possible. I also appreciate the President for the love he has shown to me in all ramifications from 2016. I will never forget.’’

Latest News SAINT MIENPAMO - October 23, 2020 - 8:42 pm 0
The Oyo State Police Command on Friday said that some hoodlums have carted away some police arms and ammunitions.

#ENDSARS protest: Shadow of a revolution

#EndSARS: Arewa youths ‘open up on threatening war if...