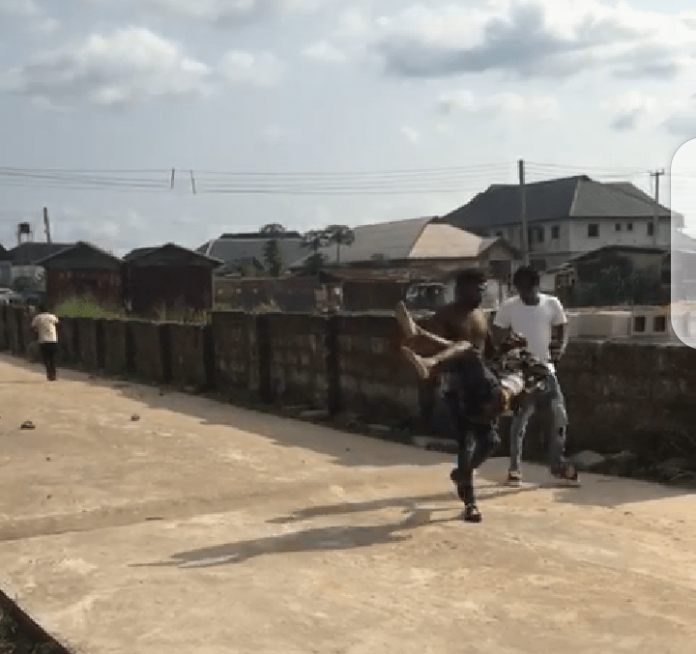 Two persons have been reportedly feared killed when two rival cult groups clashed on Sunday during a birthday party at Orhowhorun in Udu Local Government Area of Delta State.

It was gathered that two other cult members also sustained injuries during the clash.

A source who witnessed the melee said the incident occurred at about 4:30pm leading to chaos at the scene of the incident.

The clash happened at House of Nazareth Hotel, one of the popular hotels, in the locality.

Guests and fun seekers at the hotel scampered for safety by scaling the hotel fence.

It was gathered further that two of the victims died on the spot while two others were rushed to a nearby hospital for treatment.

One of the surviving victims was stabbed repeatedly on his eye.

The cultists were said to have trail their rival members from Abraka to Orhowhorun where the birthday party was holding.

“We learnt one of the cult groups is Aye. The other rival cult members trailed the Aye members from Abraka where they clashed. One of them was holding a birthday party for his girlfriend. They came from Abraka too”, one of the sources claimed.

Narrating further, another eyewitness told NAIJA LIVE TV that “Two people were stabbed to death. Two were injured. One of them was stabbed right in his eyes and he fainted. I can’t tell if he died too.

“We’re relaxing at the hotel when we heard the violence. We had to scale the hotel fence to escape for our own lives.”

The State Police Public Relations Officer, DSP Onome Onovwakpoyeya, could not be reached at the time of filing this report for official response