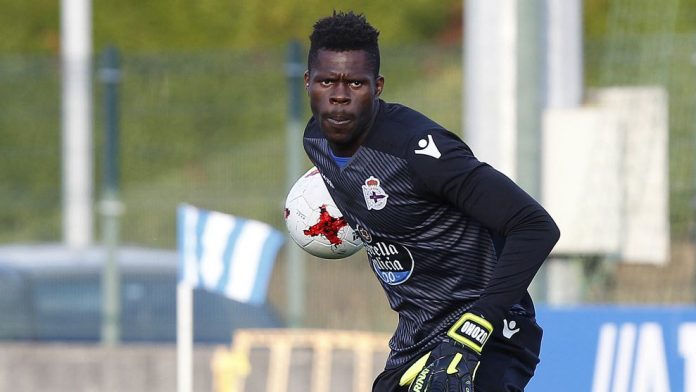 Super Eagles first choice goalkeeper, Francis Odinaka Uzoho has told his club side, Deportivo La Coruna to make him their No 1 or else he will leave.

The young goalie is seeking a move away from the relegated Spanish side this summer.

According to OwnGoal, Uzoho is unhappy with the club as they are yet to confirm him as first choice ahead of the start of the season, with coach Natxo Gonzalez insisting on maintaining him as third choice goalkeeper, something that hasn’t gone down well with the Nigerian international.

However, the club manager believes that Uzoho is not quite what he wants as his first choice as he doesn’t play with his legs like one of his goalkeepers, Adrian Ortola, and not as experienced as new signing Dani Gimenez.

Coupled with the fact that the second division in Spain is not in accordance with the FIFA window for international games, making Uzoho who is sure to be involved with Nigeria in their race to qualify for the 2019 African Cup of Nations first choice, could be counter productive as he might be away for crucial games.

In order to protect his international career, Uzoho is now thinking of other options and he is exploring a move away from the club.