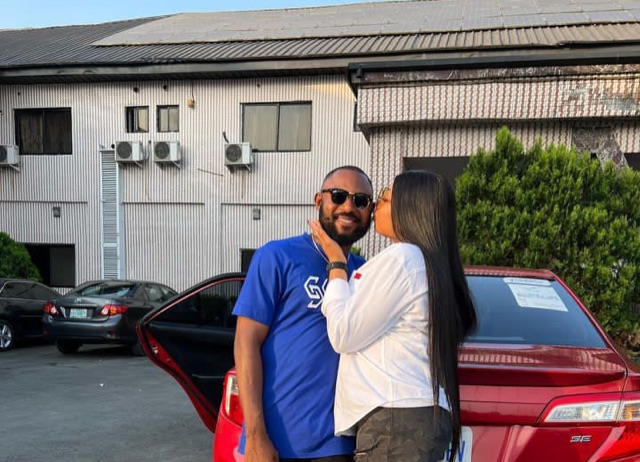 Ajeboh Lawrence, the estranged husband of Tega Dominic, the former BBNaija housemate, appeared to have moved on from their marriage.

The entrepreneur shared photos of himself and another lady — simply identified as Jennifer Nwachukwu — on his Instagram page on Wednesday.

In the pictures, the pair could be seen enjoying lovey-dovey moments with smiles etched on their faces.

Ajeboh also hinted that they were at this year’s Calabar festival in Cross River.

“Don’t get it twisted @jennix_n,” he captioned the post.

Married to Ajeboh before her BBNaija journey in 2021, the reality star was criticised for kissing Boma, her colleague on the show.

Amid the backlash, the reality star had said she would move on if her marriage crashes after she left the show.

Speaking about her estranged husband in an interview with TheCable Lifestyle, Tega had said: “AJ is like my guy. I’m a girl-guy kind of person, being with my husband has made me realise that we can be pals.

“I can be a guy and a babe to him at different times, so what I meant is that we had this conversation before now and that he would understand my actions.

“…I’m working through it right now, my spouse and I have always been out there but not really out there. We understand what this is all about and what fame is doing to us, so we’re managing it and we will do it through.

“We can’t because of the fame and limelight forget ourselves and get carried away. So, we are going to start curbing things that go into the public.”

Ajeboh had also warned the general public to stop referring to him as Tega’s hubby.