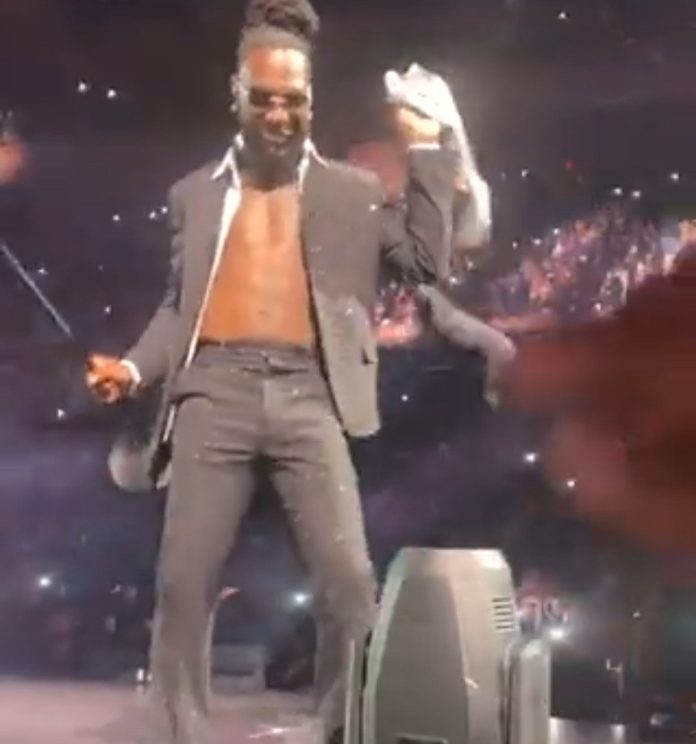 A video of Grammy-award-winning singer, Damini Ebunoluwa Ogulu better known as Burna Boy dodging and catching bras flung at him while performing “Rock Your Body” from his breakthrough album, 2018’s Outside has caused a stir on social media.

NaijaliveTv reports that the beloved Afro-fusionist got flung underwears (bras) of no less than six women during his two-hour set at New York’s Madison Square Garden, the first Nigerian headliner to do so at the famed venue.

The unbothered 30-year-old singer was captured holding one of the bras thrown at him by an excited female fan who could not contain her joy after the singer held the bra while he continued with his show.

The video has caused a stir on social media with some Nigerians calling out the women who threw their underwear at the singer.

See some of the reactions below;

chris3dshift_esomchi wrote; “After them go dey scream”,justice for the one that was cheated on” Now wey una don dey comot bra and pant dey throw am nobody go see am oh. Mtchewww,uwa.”

olufunmi02 wrote; “This is so embarrassing, this generation is possessed period”

lavendarr wrote; ‘This generation is gone!!!’

Why I’m not actively involved in politics – Burna boy

Police to interrogate Burna Boy over shooting at Lagos club