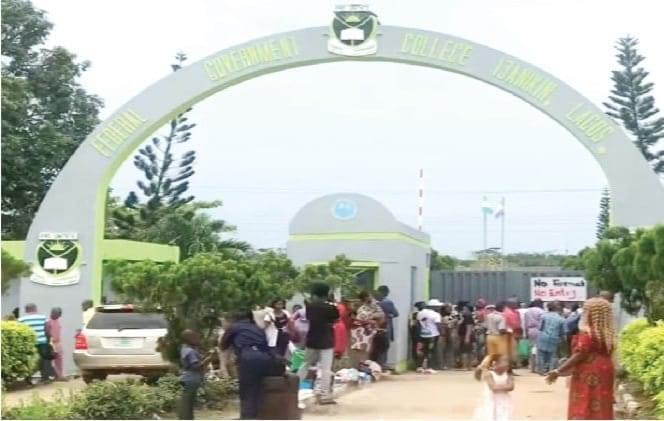 Some students of the Federal Government College, Ijanikin, Lagos State, have been caught after absconding from school to lodge female classmates in hotels for sex romps.

NAIJA LIVE TV gathered that the students, who were all boarders, had on different occasions jumped the school’s fence with their female counterparts and stayed out of school for days.

Findings by our correspondent revealed that the students involved in the act were between the ages of 14 and 17.

It was learnt that for more than three sessions, including the just concluded first term, some of the students, numbering about seven males and five females, had been leaving the school unnoticed.

However, the school authority got to know about the escapades after one of the students impregnated a female classmate.

A source told NAIJA LIVE TV that the students also engaged in threesomes and heavy use of drugs like codeine, molly, among others.

Some parents, who spoke to our correspondent on the phone, blamed the school management for negligence.

They also lamented an alleged plot to cover up the scandal of the sex romps in the Lagos school.

A parent, who asked to be identified only as Alex, said, “This is happening because of the negligence of the principal and the housemasters and mistress. If something like that goes hidden, my children are in that school; they can become victims.”

Another parent, Johnson Smith, said the school failed in its duty to protect students in boarding houses.

He said, “The management needs to intensify efforts at cleansing the school because these bad eggs will corrupt our children. Something urgent needs to be done in ensuring that discipline is restored.”