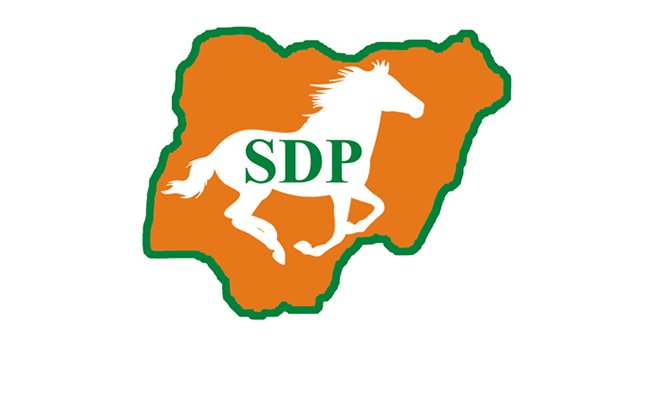 This is as it unanimously appointed the party’s Deputy Chairman, Abdul Isaq, as interim party leader; and Simon Adesina as National Secretary, pending the outcome of its convention slated for April 27 – 29, 2022.

According to a communique signed by Isaq, after NEC’s meeting in Abuja, “the NEC observed the wanton disregard to the provisions of the SDP constitution especially Article 12.5 (iv) 12.2.2 (viii) and Article 9.4 to suspend some officers from the party.

“The NEC considered the various abuses of the constitution by the following under-listed officers and there agreed by majority to suspend Shehu Gabam and Dr Olu Ogunloye.

“The NEC noted the urgency to put in place all that is required for a befitting party convention and therefore resolves; that the national convention of the Social Democratic Party is fixed for April 27 to 29 with arrival being Wednesday April 27, 2022.”

It also directed that all State Chairmen, officers in any organ of the party purportedly suspended is not acceptable and any notice or communication in that regard is null and void and of no effect whatsoever.

Explaining the Council’s decision, Isaq promised to reposition the party ahead of the 2023 general elections.

“This is the second most powerful organ of the party and they have taken their decision. It is going to be a team effort. So, the credit will go to everybody.

“The line of football that we play is not the one that one you do not see who is coach, it is a teamwork.

“We have quite some resourceful people in this party and you are going to see what is going to happen in Nigeria. And I want to promise you that this party is the next for this country,” he said.

2019: Falae Speaks On How To Sack President Buhari

My Election Was Democracy in Action, Says Donald Duke