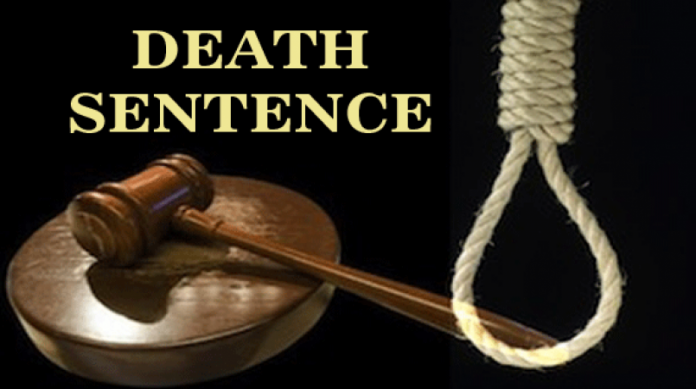 A State High Court sitting in Port Harcourt, River State has sentenced one Telema Amaso to death by hanging and another Ndubusi Chukwuemeka to a fourteen-year jail term for the murder of a lady Helen Ibiba Bob-Manuel strangled to death in 2013 inside her home in the Woji area of Obio-Akpor Local Government Council of River State.

Amaso was a house help to the Late Bob-Manuel and her late husband when the crime was committed.

Justice Silverline Iragonima while delivering judgement said the first and second defendants were convicted in the light of overwhelming evidence before the court including the confessional statement to the police which left no doubt of their role in the crime.

Justice Iragonima said although the first defendant Telema Amaso later denied and retracted his confessional statements he however failed to convince the court that he never committed the crime.

On the conviction of the second defendant Ndubusi Chukwuemeka for stealing, the trial judge said the court found him guilty because he could not convince the court over his claims that he never knew that the first defendant had committed crime.

Reacting Chinedu Ugwu, lawyer to both convicts said they will consult his clients on plans to challenge the judgment of the court.

Both Telema and Ndubusi were arrested on the 17th of September 2013 after the late Helen Ibiba Bob-Manuel was murdered and properties including a Hyundai Elantra saloon car, laptop and phone were removed from her house by the first defendant assisted by the second defendant.