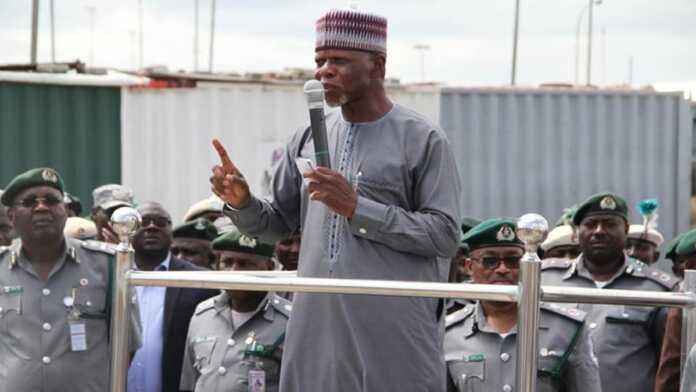 House of Representative’s Technical Committee on Customs and Excise has summoned the Controller General of Nigeria Customs Service (NCS), Col Hameed Ibrahim Ali (rtd), to appear before the House and explain the non-recruitment of officers into the service for the past 17 years.

The committee said the shortage of junior personnel is threatening the operations of the Service.

The committee discovered this while on a tour of various zonal, state commands and other formations of the service.

The committee, during the tour led by its chairman, Rep. Leke Abejide, learnt that most of the NCS formations across the country are operating with middle and senior officers.

It was gathered by the committee that the last recruitment by the NCS was in 2012 and since then, no personnel has been recruited except if it was done secretly.

Speaking at the NCS Federal Capital Territory (FCT) Command, Chairman of the Technical Committee berated the Customs’ management for the development.

He said there have been rumours that the management was carrying out secret recruitments.

“In the real sense of it, recruitment should be a yearly affair.

“How can you put one person to do the job of ten people?

“We learnt that they are only planning to recruit support staff and not even core Customs officers,” he said.