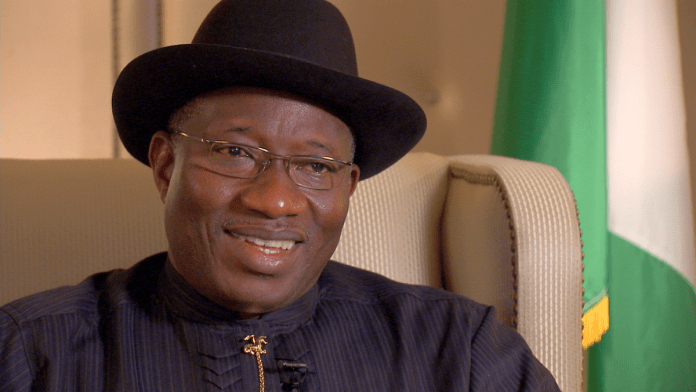 There are no specific criteria to categorize someone as the best, but there is some yardstick used to measure performance. Nigeria has had a rough time since its independence in 1960. The country has had a fragile democracy interrupted by military rule on several occasions. Many leaders have come and gone. Some left imprints on the sands of time, some did not. The footprints left by some would remain in the heart of Nigerians for centuries to come.

Former President Goodluck Jonathan came into power at a time when Nigerians desperately needed someone to rightly step into the shoes of Late Umaru Musa Yar’adua and properly implement government policies. He was the vice president of the country from 2008 to 2010 and became the president after the death of Umaru Musa Yar’adua.

Implementation of The Seven Point Agende

Former President Goodluck Jonathan did everything humanly possible to implement the seven-point agenda of his boss. These seven points rotated around the transport sector, power, and energy, food security, wealth creation, land reforms, security, and education. Although the implementations of these policies were not complete, there was a clear-cut road map to where these would be leading to in the long run.

Building of building of Almajiri schools in Northern Nigeria

The most notable policy I can boldly say he implemented was the building of Almajiri schools in Northern Nigeria. The Almajiri children were known for learning in unconducive classrooms without desks or any primary learning facility. Until he left office, we saw a considerable number of children leave the streets and move to the school to get a proper education.

During Jonathan’s reign as the president, the country’s economy was stable, quite contrary to the lies that have been continuously peddled by the present administration. During his era, the poor were able to survive as they had numerous options. Say, there was foreign rice and then Nigerian rice. While the foreign rice was expensive, the Nigerian made rice was affordable, and the people on the lowest rung of the financial ladder could afford it. Compared to the realities of today, everyone knows the days of abundance were undoubtedly in the past.

The YouWin program by Jonathan is top-notch. It was initiated to establish young Nigerians who have fantastic business ideas and need funds to expand. The program got established in 2011, and it stands for Youth Enterprise With Innovation in Nigeria. It encouraged lots of entrepreneurs in Nigeria, as many persons worked hard to get grants for their businesses. In empowering an entrepreneur, both direct and indirect employment thrived.

It would be impossible to call Jonathan a perfect man, but it is safe to say that the six years he spent in the office was not an opportunity he took for granted. He meant well for the country when he tried to remove fuel subsidy. He had created the SURE-P program to cushion the effect of subsidy removal, but Nigerians did not find the idea of subsidy removal funny. Nigerians took to the social media and streets to ‘OCCUPY’ Nigeria in protest of subsidy removal. Ironically, even with the payment of subsidy, Nigerians still pay heavily for fuel.

For a fact, Goodluck Jonathan is a hero of democracy in contemporary Nigeria and Africa as a whole. It is a norm in Nigeria to challenge election results even when they know they have lost. In 2015, Nigerians woke up feeling indifferent about Jonathan’s loss at the presidential polls. As usual, we all expected to hear from his legal team as to how they are preparing to head to court to challenge Muhammadu Buhari’s victory. Behold, Jonathan declined to proceed to the court against popular belief. Going to court would not be without consequences.

One such devastating impact is the division it would have created for the North and South, and there could be an uprising. And yes, he was called a coward, a weakling, a drunkard, and so many condescending names. However, his cowardice was beneficial to Nigeria and made room for a smooth transition of power free of bloodshed. Until there is a future president that upturns the legacies of former President Goodluck Jonathan, he is the best Nigeria has ever had.

NDDC suddenly shuts down as executive director dies of...