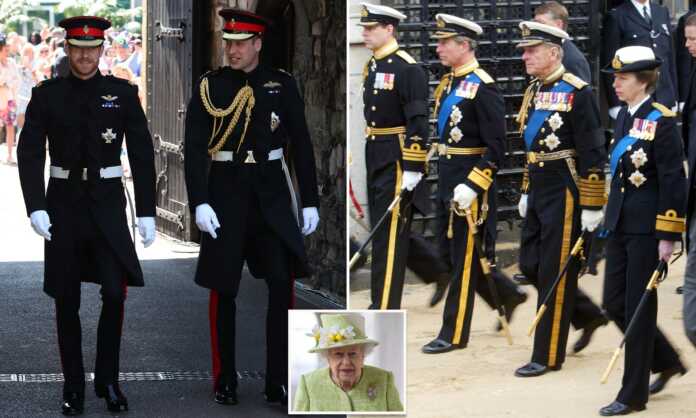 Members of the royal family have been banned from wearing their popular military uniforms during the funeral for Prince Philip.

According to The Sun, UK, Queen Elizabeth barred all members of the royal family from wearing military outfits.

The Queen, according to the report, took the decision in order to avoid the sole focus of Prince Philip’s funeral from getting deviated.

There was previously a drama around Prince Harry’s choice of attire for the funeral, and many people wanted him not to be in his military uniform after he gave up his position as a working royal.

In the same vein, Prince Andrew, was also told to opted out of wearing his military uniform over his friendship with convicted sex offender Jeffrey Epstein

Now Elizabeth II has decided that no one should wear a military uniform on that day but all senior male royals wear suits and ties.

A military source told The Sun, “It’s the most eloquent solution to the problem.”

“The Queen and the rest of the family want nothing to detract from what is most important, commemorating the Duke’s remarkable life,” a separate royal source said.