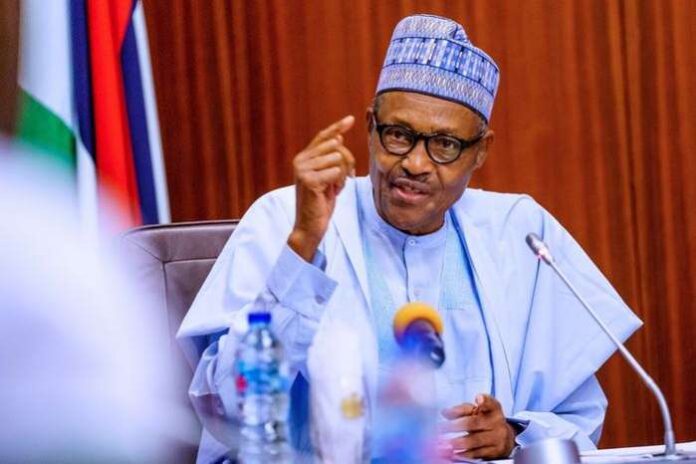 President Muhammadu Buhari has again restated that his government would treat members of the Indigenous People of Biafra (IPOB) in the language that they understand.

Describing IPOB as a dot in a circle that has nowhere to go, Buhari vowed to organise the police and the military to pursue them.

“That IPOB is just like a dot in a circle. Even if they want to exit, they will have no access to anywhere.

“And the way they are spread all over the country, having businesses and properties, I don’t think IPOB knows what they are talking about.

“In any case, we say we’ll talk to them in the language that they understand. We’ll organise the police and the military to pursue them”, President stated on Thursday in an Exclusive Interview on the ‘Good Morning Show’ on ARISE News Channel.

Buhari also said he had been assured by “the elderly people” and “the youths” from the South-South part of the country that their region had no intention of seceding.

He said IPOB will not have “access to anywhere” even if they eventually secede from the country.

The President then reiterated his statement that IPOB members will be treated in the “language that they understand.”

“I was encouraged by what I heard, nobody told me. Two statements from the South-South: One by the elderly people, they said this time around there would be no (secession). And again the youth made the same statement – such encouragement,” Buhari said.

Biafra: Igbos will lose more if Nigeria breaks up – Okorocha