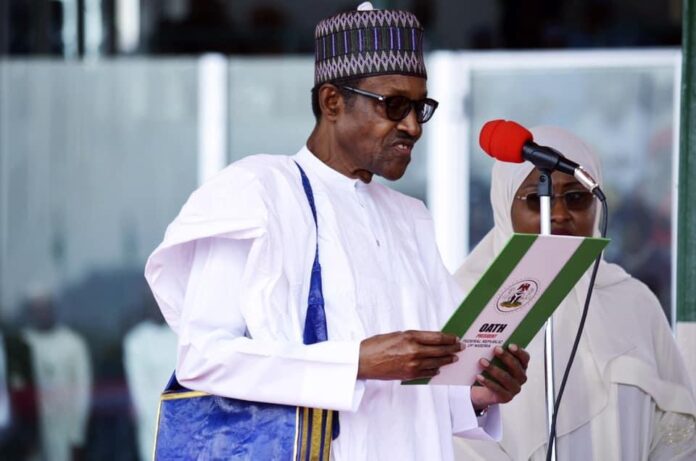 LAGOS – In a bid to ensure cohesion with ­in the ruling All Progressives Congress (APC), the presidency has enlisted a fact-finding group to carry out background checks on

those seeking to become the party’s presidential flagbearer ahead of the 2023 elections, NAIJA LIVE TV has gathered.

Sen. John Akpanudoehede, Na­tional Secretary, APC Caretaker and Extraordinary Convention Planning Committee (CECPC), had last week said the party will come up with a consensus and agreeable presidential candidate that will fly its flag in 2023.

A presidency source said President Buhari is deter­mined to ensure that his suc­cessor is capable of ensuring the unity and security of Nigeria, hence the need to ensure that the next presi­dent shares the vision of one Nigeria.

According to him, many interest groups have been visited to gauge their opin­ions on the qualities the next president should possess.

He said the move is to en­sure that APC presents a can­didate that is acceptable to the Nigerian people.

“President Muhammadu Buhari is interested in who emerges as his successor. He wants someone who can deepen the social investment programme of his adminis­tration as well as ensure unity, security and economic trans­formation of the country. He wants someone with requisite qualities to sustain the efforts of his administration in en­suring infrastructural devel­opment.

“The president will not al­low electoral malpractice or rigging of any form, hence the need for his party to present someone who will be accepted and supported by Nigerians as 2023 presidential election will be the first by APC with­out President Buhari on the ballot.

“The president has a cult-like followership, especially in the North. APC will need someone who can command such votes, especially among Northerners, youths and women. But trust President Muhammadu Buhari, he won’t support a corrupt can­didate. He is one of the most transparent African leaders”, he said.

Speaking further, our source said the team is cur­rently meeting religious, tra­ditional and political leaders across the country, saying its finding is expected to “guide the president and the party in making decisions that will shape 2023.”

“I can confirm to you that the team is made up of non-political experts who are gathering a lot of intelligence.

“2023 is pivotal to the sur­vival and advancement of Nigeria. The president will ensure that he hands over to someone popularly elected by Nigerians to move the nation forward. APC is doing a good job to ensure rancour-free congresses and convention that will define the survival of the party”, he noted.

In a related development, there are underground moves by some powerful forces with­in the APC to prevail on Asi­waju Bola Ahmed Tinubu, former governor of Lagos and the party’s national leader to support a younger candidate in 2023.

A member of the National Working Committee of the party who doesn’t want his name in print said the par­ty will have to “navigate the Tinubu bend tactically”.

“Tinubu played a great role in ensuring victory for the party in 2015 and 2019. Without his undoubted con­tributions, it would have been difficult for the party to be vic­torious in those elections.

“But it is becoming clear that the powers-that-be in the party are not comfortable with the emergence of Tinu­bu as president, especially the Northern oligarchy. How APC handles the Tinubu co­nundrum will determine the strength of the party in 2023.

“President Muhammadu Buhari will not be a party to any attempt at humiliating Tinubu. The party will do everything possible to per­suade him to allow a young­er president emerge in 2023”, he said.