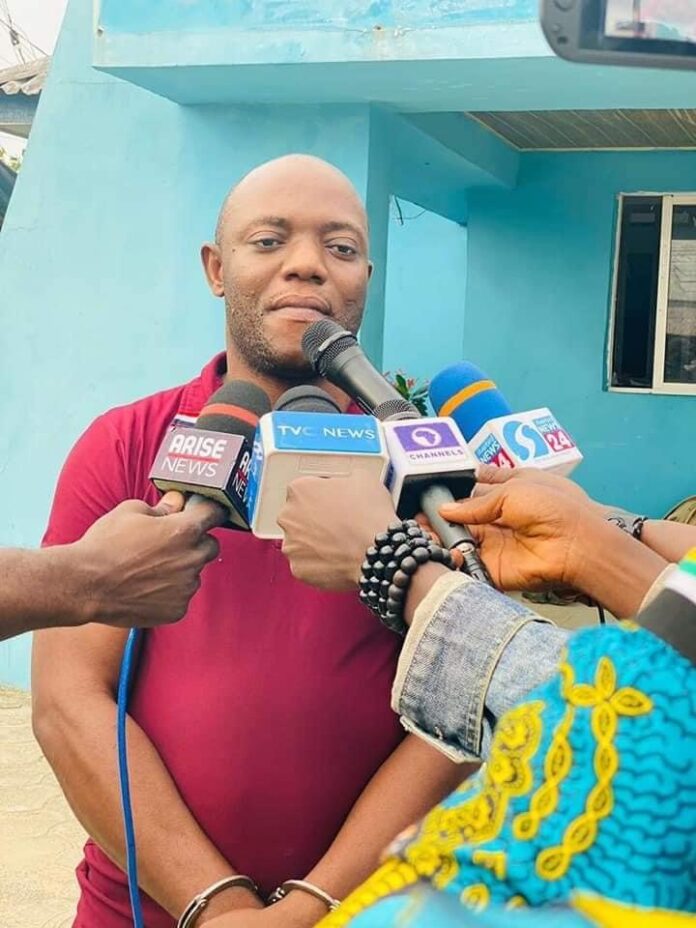 The Bayelsa State Police Command has paraded a suspect who has been claiming to be a medical doctor in Bayelsa and Delta states.

The Police Public Relations Officer, Mr. Asinim Butswat disclosed this during a press briefing at the Police Headquarters in Yenagoa, where he also paraded the suspect.

He said the fake medical doctor had been going round seeking for jobs claiming to be Dr. Charles Umeh, a serving medical doctor in Taraba State, meanwhile his real name is Akpoviri Vincent Jimmy.

Mr. Butswat said the suspect is an Urhobo man from Ethiope West Local Government Area of Delta State, and was first discovered in Ughelli when he did not know the correct terminologies a qualified medical doctor should know and use.

He said the suspect claimed he was working in a hospital in Bayelsa, which prompted the hospital in Ughelli to probe him, adding that he will be charged to court upon conclusion of investigations.

Also speaking, the Permanent Secretary Ministry of Health, Dr. Sawyer Wisdom stated that such activities are what the state government does not like to hear, where people come in to harm residents of the state.

He said the Ministry of Health has the capacity to detect any quack, noting that the Anti Quackery Bill is already in the State House of Assembly.

Dr. Sawyer added that this was just the beginning as they would continue to clamp down on quacks and impostors, advising such persons to either quit or get the proper training.

The State Chairman of the Nigerian Medical Association (NMA), Dr. Ngowari Torunana said he got the information on Monday, June 14, from a private clinic in Yenagoa, that they had restrained a fake medical doctor.

He said he was informed by one Prof. Ligha of the development, who said the suspect had come to seek employment at the clinic as a resident doctor.

According to him, after submitting his credentials in the clinic, he returned to Delta State and raised suspicion in the hospital when he requested that an X-ray of the waist be carried out on a patient.

Dr. Torunana said “he told the hospital in Ughelli that he has been working as a medical doctor in Tobis Clinic for four months and handles most of their surgeries.

“When the suspect returned to Tobis Clinic to follow up on his job application, he was held down by staff of the Clinic who invited the police from Akenfa 2 division and they arrested him”.

Dr. Torunana stated that the NMA will not condone such activities, saying such people will be fished out, advising them to quietly disengage and leave the state.

The 49-year-old suspect, Mr. Akpoviri Vincent Jimmy disclosed to newsmen that he is a graduate of Psychology from Delta State University.

He said he has some knowledge of medicine that was why he carried out such activities, saying he used the credentials of his friend, Dr. Charles Umeh without his knowledge.

According to him, he got his knowledge of medicine while working as a P.A. to a deceased medical doctor in Sapele, adding that he had not worked as a medical doctor before and only started parading himself as one recently.